ICE: Criminal immigrants freed because of COVID going back to crime 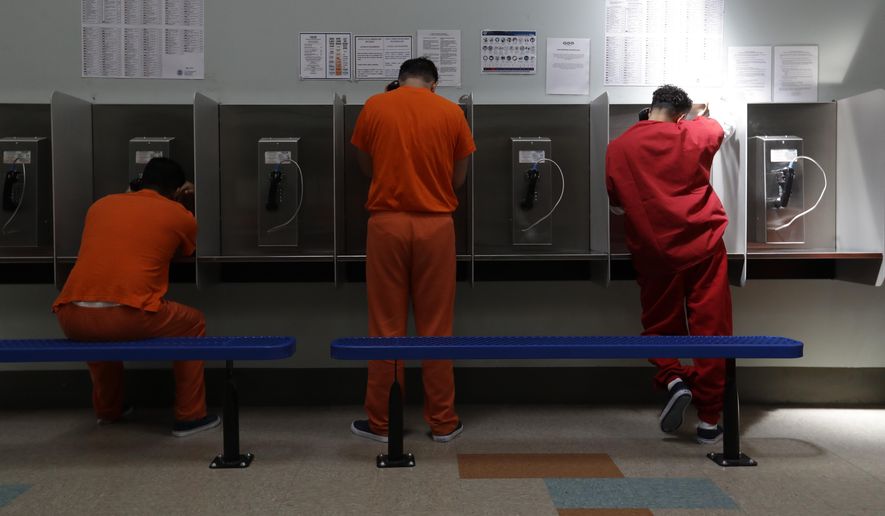 ICE delivered a pointed I-told-you-so Tuesday to a federal judge who freed more than 250 undocumented immigrants from detention because of the coronavirus, revealing that in less than two months, at least six of them already stand accused of more crimes.

Others cut off their ankle bracelets and have disappeared, greatly reducing the chances of U.S. Immigration and Customs Enforcement recapturing them once the pandemic is over and they can be processed and deported.

“We were firm in our warning that these releases would impact public safety, and unfortunately, it did not take long for some of these criminal aliens to reoffend,” said acting ICE chief Tony H. Pham. “This proves that many of these aliens are recidivist offenders who should not have been released in the first place.”

ICE said in October that it had to release the migrants from its Adelanto facility in California after Judge Terry J. Hatter, a President Carter appointee, ruled that the facility was too packed for safety.

The facility, which can hold nearly 2,000 people usually, had fewer than 800 people, all of them considered must-detain cases by ICE. But Judge Hatter ordered 50 releases a day until the number was cut to 475 people or fewer.

ICE said it warned the judge about the records of those he was forcing to be released in late October.