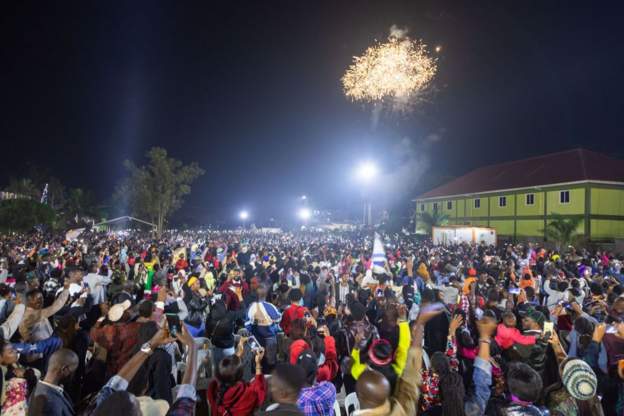 A Ugandan music promoter has been charged with nine counts of negligence over the death of 10 people in a New Year’s Eve stampede at a concert in the capital, Kampala.

Abbey Musinguzi known as Abitex appeared before the Makindye chief magistrates’ court on Tuesday evening. He denied the charges and was remanded at Luzira prison.

The prosecution alleges he caused a stampede at Freedom City Mall when he closed outlets to the venue leaving only one gate for more than 20,000 people to exit.

The 52-year-old was arrested on Monday.

His lawyer claims his client is being targeted because he is a known supporter of the opposition National Unity Platform leader Bobi Wine.

Meanwhile, the police have summoned more people including the owner of the building to record statements over the deadly incident.