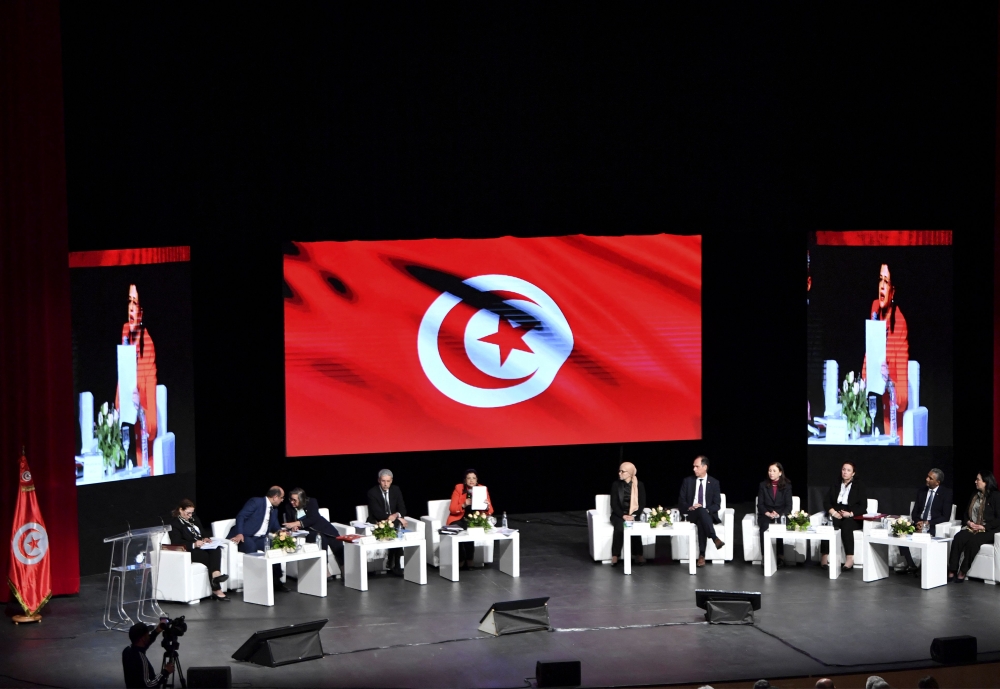 Tunisia’s finance minister unveiled a budget Monday aiming to use new tax revenues to claw the deficit back to near five percent of GDP, as the cash-strapped country awaits an international bailout.

The 2023 budget comes as the North African country grapples with eye-watering public debt, shortages of goods from sugar to petrol and inflation at nearly 10 percent.

The state, saddled with a crippling public wage bill and politically sensitive subsidies, is set to take in around 46.4 billion dinars ($14.8 billion), Boughdiri said.

It will need to borrow some 23.5 billion dinars to cover state needs for the coming year, she added.

To find the cash, it will seek more than $4 billion from overseas as well as some $3 billion from local banks, according to the fiscal plan.

To boost revenues, the government has imposed a new tax of half a percent on real estate assets worth over three million dinars ($960,000).

Cash payments of over 5,000 dinars will be taxed at 20 percent, while taxes on some professional services such as legal services will be hiked to 19 percent, up from 13 percent.

The budget is based on assumptions of 1.8 percent GDP growth, oil at $89 a barrel and a deal with the International Monetary Fund for a $1.9 billion bailout loan.

Economy Minister Samir Saied has predicted 2023 would be “a very difficult year” and that inflation would hit 10.5 percent.