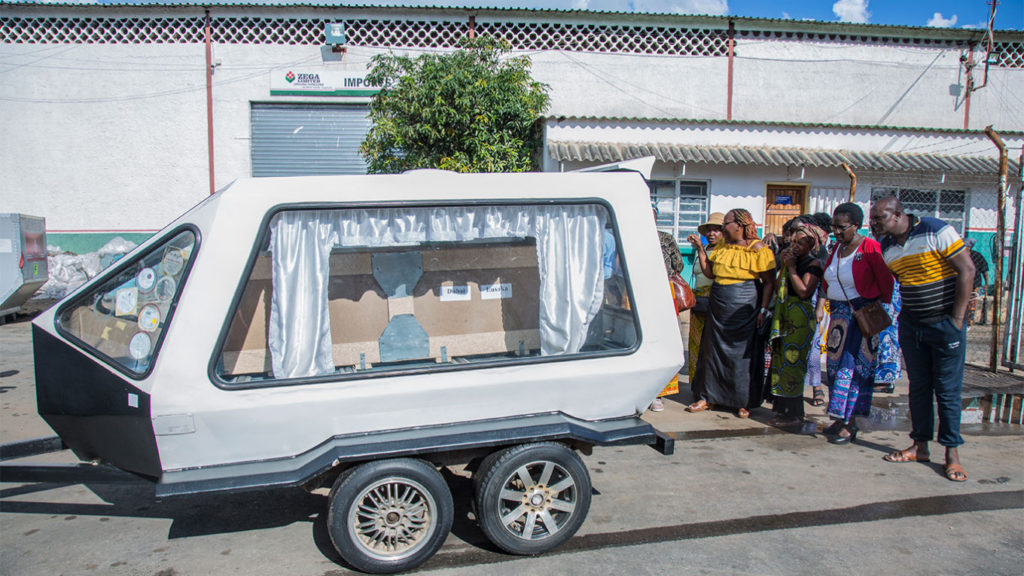 The body of a Zambian student who died while fighting in Ukraine after he was recruited in a Russian jail arrived home in a makeshift coffin Sunday.

AFP journalists saw a white, glass-panelled hearse adorned with small curtains affording a partial view of the container holding the body arrive on the tarmac at Lusaka airport, where grieving relatives gathered.

On the coffin was a code written in black marker pen along with letters in the Cyrillic alphabet, betraying its provenance.

Zambia demanded an urgent explanation from Moscow last month over the death of Lemekhani Nathan Nyirenda in September while fighting on the Russian side in Ukraine, where he ended up after his spell in prison.

The 23-year-old had been studying nuclear engineering at Moscow Engineering Physics Institute but was handed a nine-and-a-half year jail term in April 2020 over a drugs offense.

Two weeks after Zambia’s demand for information, Russia’s Wagner paramilitary group admitted it had recruited him for Moscow’s “special operation” in Ukraine, adding he had voluntarily joined up before dying “a hero”.

Tearful relatives, including the student’s parents and brother, were on hand at the airport, clasping each other as a choir led those present in religious chants.

The family declined to comment to media. A family spokesman said the body was to be transferred to a morgue for an autopsy with a burial date to follow.

Kakubo said Friday the issue of compensation to the family over the death would be discussed “in due course”.