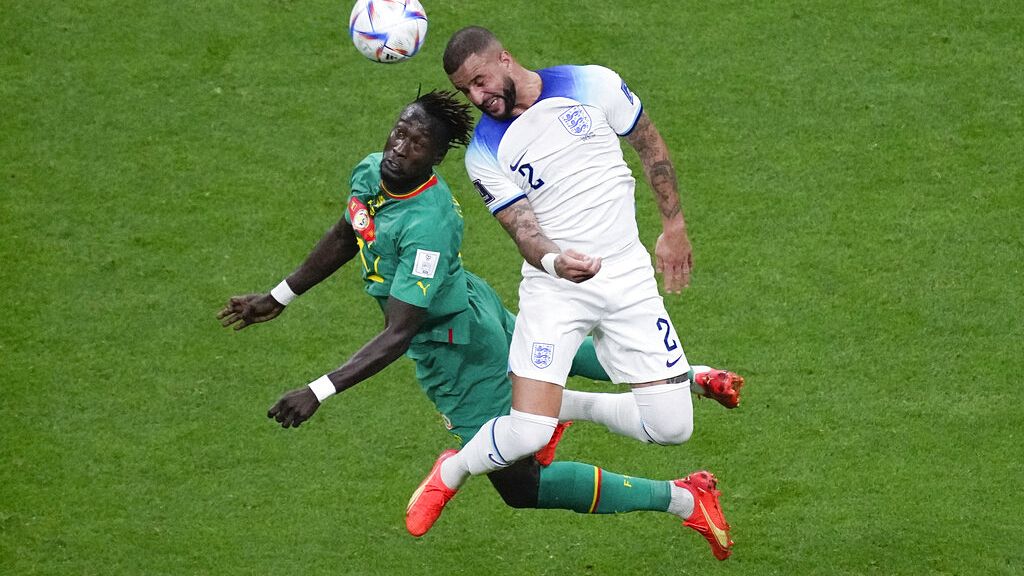 African champion Senegal was outplayed by England and given a reality check as it was eliminated in the last 16 at the World Cup.

Senegal was missing its best player Sadio Mane through injury and was also hampered by the absence of other key players against England, but still held hopes of launching a strong challenge in its first World Cup knockout game in 20 years.

The 3-0 loss was a bitter end to a disappointing campaign for Africa’s top-ranked team.

Senegal was rated the best team from Africa to ever go to a World Cup and came to Qatar with a squad full of Europe-based talent. Senegal won its first major title at the African Cup of Nations in February and that boosted confidence for the World Cup campaign. Matching its run to the quarterfinals on its World Cup debut in 2002 was the target.

Senegal lost its opening group game 2-0 to the Netherlands but beat host Qatar and a dangerous Ecuador team to reach the last 16.

But Senegal’s recent success has been largely driven by Mane, his country’s all-time leading scorer. He was ruled out of the World Cup days before it started with a right leg injury and his absence undoubtedly affected the team’s chances against England.

Even without Mane, Senegal was still expected to present a much tougher challenge for 2018 semifinalist England than it did at Al Bayt Stadium on Sunday. The lopsided result underscored a significant gap that remains between African soccer’s continental tournament and the World Cup, coach Aliou Cisse said.

“What’s true at the African Cup of Nations isn’t necessarily true at the World Cup because of the caliber of the teams,” Cisse said. “You pay for any mistake that you make.”

Coach Cisse could be the first to leave. The former Senegal captain, who memorably led his country to the quarterfinals as a player in 2002, is contracted until 2024 but said in the aftermath of the England defeat that he’d have to reconsider how much longer he will stay.

Cisse has been present for every one of Senegal’s three appearances at the World Cup; as captain in 2002 and coach in 2018 and this year. Senegal was eliminated in the group stage four years ago so Cisse the coach hasn’t managed to repeat the success he had as captain 20 years ago.

Cisse, who has been Senegal coach for seven years, said after the England game that he needed time to “draw the lessons from this defeat.”

Senegal could also lose the spine of its team before the next World Cup, with captain Kalidou Koulibaly (31 years old), goalkeeper Edouard Mendy (30), midfielder Idrissa Gueye (33) and Mane (30) all in or approaching their mid-30s in 2026. Mane may well still be around for the next World Cup but four years is a long time to maintain a reputation as one of the game’s most feared forwards. His injury just before Qatar meant he missed out on a World Cup while at his peak.

Ismaila Sarr is seen as the player to take Senegal into the future. The 24-year-old forward enhanced his reputation in Qatar by shouldering much of the responsibility up front in the absence of Mane. Midfielders Krepin Diatta of Monaco, who is 23, and Pape Matar Sarr of Tottenham, who is just 20, should also emerge as important players.

Senegal’s first focus after the World Cup is to qualify for the African Cup of Nations in 2024 and ensure it has a chance at retaining its title. Qualifying resumes in March and the tournament in Ivory Coast will give Senegal its next opportunity to develop a team capable of doing better on the biggest stage in 2026.

“We’ve been working hard to reach this level and to be African champions, and now Senegal have to continue working to ensure at the next World Cup we can play better,” Cisse said.