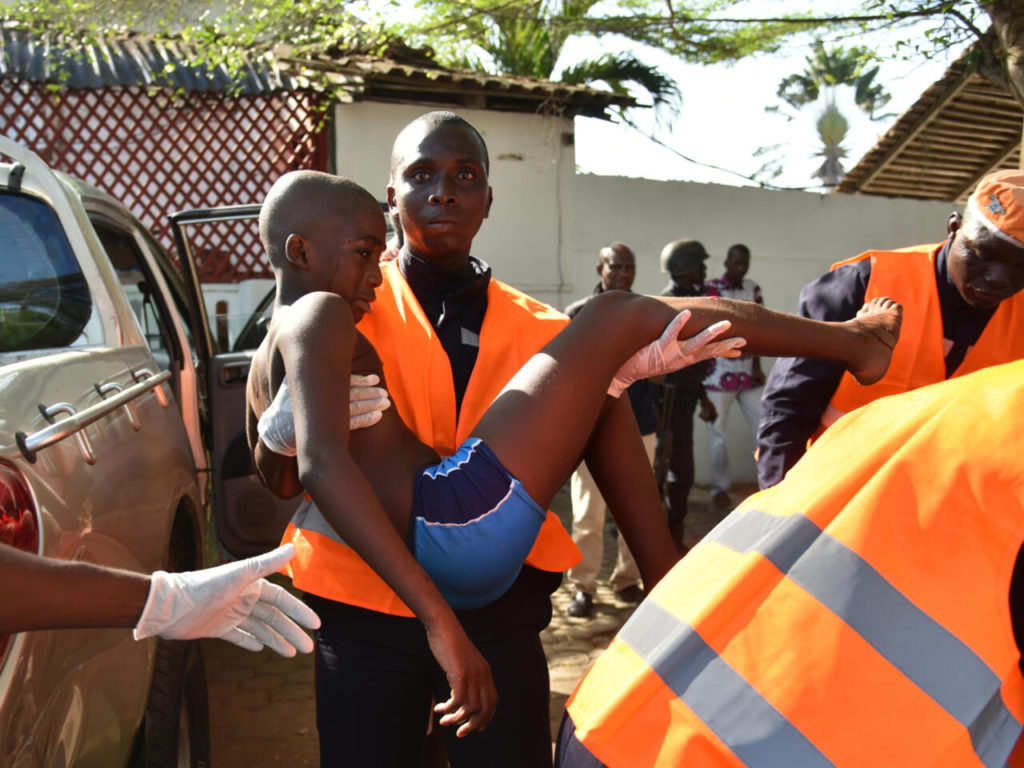 Four of the defendants arrested in connection with a 2016 Islamic extremist attack that killed 19 people on a tourist beach in Ivory Coast appeared in court Wednesday to face murder and terrorism charges.

Authorities last week had released the names of 18 defendants accused in the Grand-Bassam killings, which were later claimed by Al-Qaida in the Islamic Maghreb.

It was the nation’s first terror attack of its kind, and it deepened fears that Islamic extremism was spreading further south from neighboring Mali and Burkina Faso. In the year after the violence, suspects also were arrested in those countries as well as in Senegal.

Prosecutors did not address where the other defendants were on Wednesday or whether they might appear at a later date.

Prosper Kouassi, a defence lawyer representing the detainees, could not provide an explanation either.

Grand-Bassam is linked by highway t- o Abidjan, Ivory Coast’s commercial hub, and was a popular weekend destination for beach-goers.

The victims that day included 11 Ivorians, four French, one German, one Lebanese, one Macedonian and one Nigerian.

When gunfire broke out on the beach on that Sunday afternoon in 2016, many holidaymakers initially thought it was fireworks going off. As the jihadis approached closer with their Kalashnikovs, terrified tourists and those working at the beachside bars and restaurants nearby tried to seek refuge in nearby hotels. Some beachgoers who were in the ocean at the time of the attack were able to swim out against the waves to safety.

Among those at the courthouse Wednesday was Odile Koko Kouamenan, whose son was among those witnessing the attack.

“The scene happened in front of him,” she recalled. “He was a witness on the ground. He was so traumatized that he left the city and went to the village for a year.”

She said her son needs follow up medical care, which he has not yet received.

“If the state can do anything for him, that’s all a mother wants for her child.” Kouamenan added.

The trial is expected to last until the end of December.