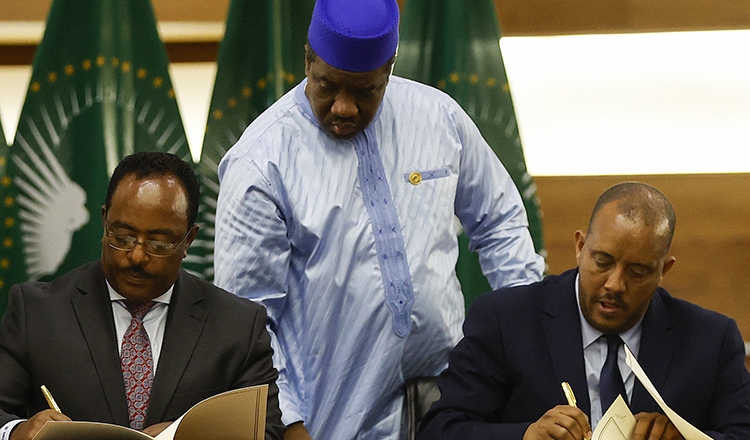 Young people from Tigray’s capital Mekele took part in a peace parade with many hoping that the ceasefire agreed between Ethiopia’s government and rebels may mean they can soon return to school.

Schools and many other services have been closed for over two years in Tigray since fighting broke out in 2020.

The ‘Peace For All’ Carnival in Mekele was organized by the Tigray Development Association (TDA) in collaboration with the locally renowned Circus Tigray, on Saturday.

Among the 600 participants who marched through town, led by a police orchestra, were about 200 children performing circus skills and martial arts.

Tesfahunegn Hailemariam, Deputy Executive Director of the TDA, said that the peace agreement between the two warring parties is crucial for the people of Tigray.

Eyob Birhane, a teacher and Secretary at Circus Tigray, too, expressed his hopes for peace.

Despite the peace agreement, there are uncertainties about its implementation.

Aid supplies are headed to different parts of Tigray according to the federal government of Ethiopia, but some in Tigray say it is not enough.

As per the peace agreement reached between the rebels and Ethiopia, military commanders are discussing details of how to disarm TPLF forces.

Tigray is sending signals that it will not disarm its fighters unless Eritrean and other forces accused of abuses withdraw.

In the early days of November 2020, fighting broke out between the federal forces of Ethiopia and the Tigray regional forces.