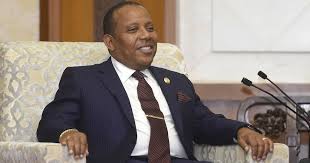 At least four people lost their lives and many were arrested.

“I want to reassure the population that the situation is under control and I want to take this opportunity to congratulate the armed forces who managed to put an end to this operation carried out by civilians who are mercenaries. As I speak, everything indicates that they were under the command of certain personalities”, said the PM.

Amongst those arrested was Delfim Neves, the former president of the outgoing National Assembly as well as a deputy and former mercenary, Arlécio Costa, who had already attempted a coup in 2009, and who also lost his life.

“We have to make sure that those elements who were outside the barracks, who exchanged fire and those who were not neutralized, were not captured… that the armed forces can actually do their job, because these are individuals who went to confront the armed forces with weapons of war. And it is up to the armed forces, I would say, to stabilize this situation, which they are doing at the moment”, reassured the prime-minister who has only been in post for two weeks.