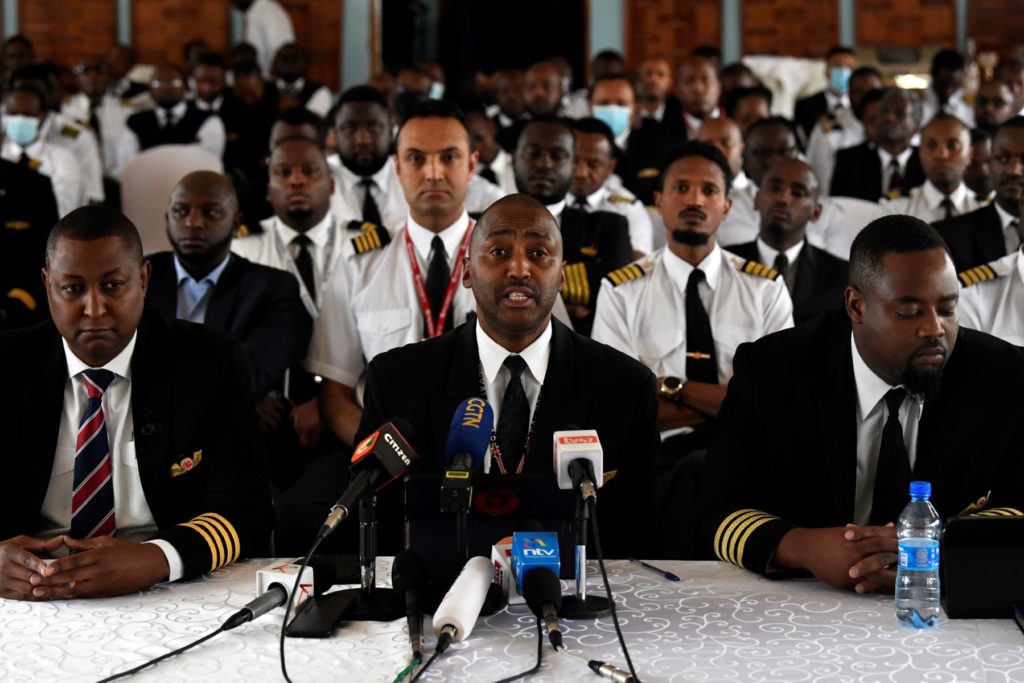 A strike by Kenya Airways pilots led to dozens of flights being cancelled, affecting thousands of passengers.

The airline has faced years of losses and pilots are striking over retirement funds and the payment of all salaries stopped during the Covid-19 pandemic.

The pilots announced the strike in defiance of a court order against industrial action and gave no indication of how long it will last.

General Secretary of the Kenya Alliance Pilots Association (KALPA), Murithi Nyagah, they had tried to negotiate with the airline.

Kenya Airways is jointly owned by the Kenyan government and Air France-KLM and earlier warned the strike would jeopardize its recovery, estimating losses at $2.5 million per day if the action took place.

Transport Minister, Kipchumba Murkomen, suggested the strikers were being unreasonable.

“We respect the views and the concerns of the pilots,” he said.  “We believe they went about it the wrong way and the company and the government of Kenya is willing to listen to the issues they are raising.”

Angry passengers described huge queues at airports, with many only learning their flights were cancelled when they arrived to check in.

Among them was Chief Operating Officer, Mobex Africa, Alain Gbeasor, who complained about the lack of communication.

“I think that the least respectful thing KQ [Kenya Airlines] could have done to its passengers was to at least send us an email to notify us of this,” he said.

I checked out of my hotel room, I get to the airport and all they do is brandish this paper in front of me, I call back to the hotel and there is no accommodation and I have been standing here for 3 hours. Is that how you work in this country?

Boom in agrifood-technology start-ups in Africa