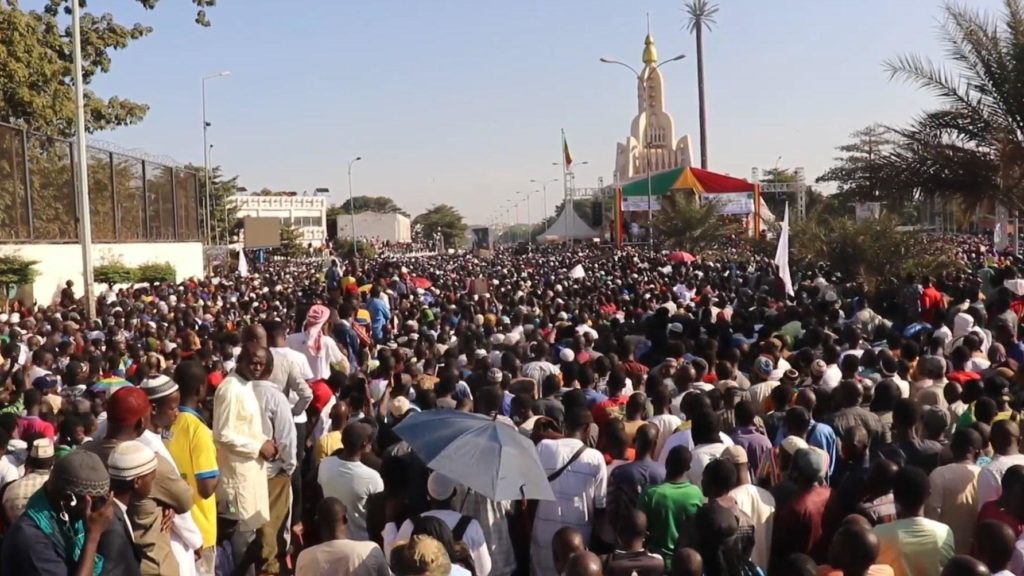 Thousands of protesters in Mali held a rally on Friday organized by the High Islamic Council of Mali.

The demonstration was in response to a social network video in which insulting remarks were made about Islam and a man trampled on a copy of the Quran.

Although the government has condemned the video, many Muslims remain furious.

One of the protesters, Issa Coulibaly, said: “There are people who have blasphemed our prophet, our religion, our holy book the Quran and our holy place the Kaaba. That’s why we went out to say that we don’t agree with that.”

Marima Sogodo, who also attended the demonstration added: “We only want our rights. We must not blaspheme our prophet, our Allah, because that is our priority.

“We ask God that those who have done these acts may be punished in an exemplary way before the whole world. We ask our authorities to take their responsibilities. It is true that Mali is a secular country, but we are more numerous than all the other religions.”

95 percent of Mali’s population is Muslim and organizers of the protest have claimed over a million people took to the streets around Independence Boulevard in Bamako.