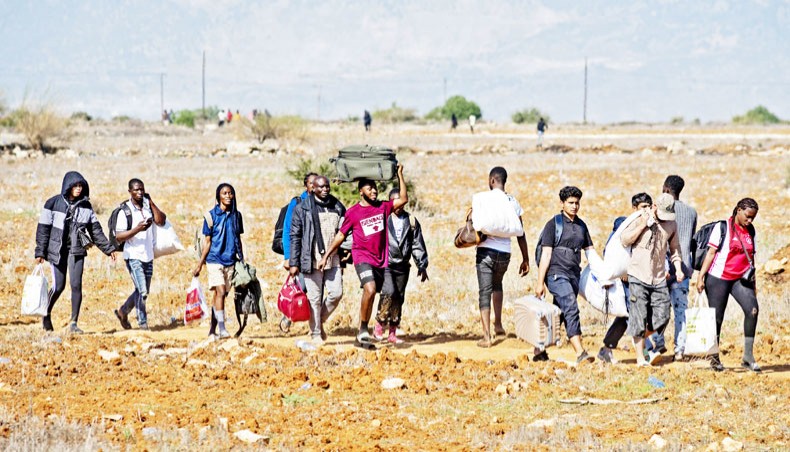 Cypriot police fired tear gas Friday after a fire broke out in an overcrowded migrant reception centre amid clashes sparked by an argument between different nationalities, officers said.

One person needed hospital treatment after being injured at the Pournara camp for migrants, on the edge of the capital Nicosia.

People hurled rocks and objects at each other, forcing many to flee in panic, and firefighters rushed to extinguish a blaze that sent billowing smoke into the sky. Tensions later “calmed”, a police said.

Chief of police Stelios Papatheodorou blamed the violence on overcrowding at center, which holds more than double its original 800 capacity.

“Police are doing everything possible to protect the area and those residing in the camp,” said Papatheodorou.

European Union member Cyprus says it is on the front-line of the bloc’s irregular migration flows, and last year reported the highest number of asylum applicants per population.

The small EU state has lobbied Brussels to take action over the “disproportionate” numbers of asylum seekers it receives.

New asylum applications multiplied to over 13,000 last year in Greek Cypriot-administered southern Cyprus, with its population of 850,000.

In March, a report by the Cypriot children’s rights commissioner described chronic overcrowding, woeful bathroom facilities and reports of meager food rations in the Pournara camp, prompting officials to vow to work to improve conditions.