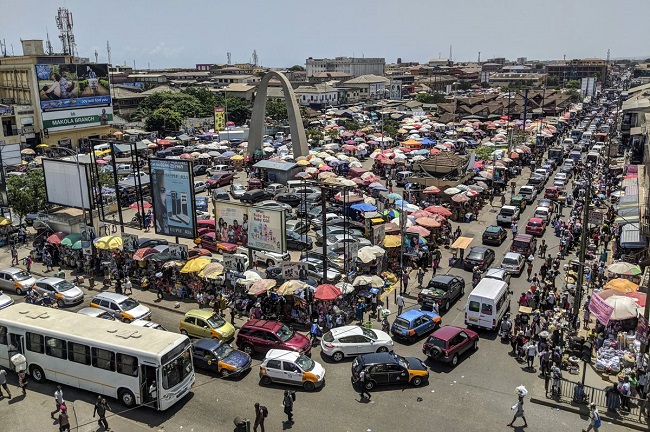 Traders in Ghana’s capital Accra close their stores and businesses in a three-day protest over the soaring cost of living, as the West African country battles the economic fallout from the Ukraine war.

Ghana faces a high debt load and inflation at a historic high of 37 percent in September, while the local cedi currency has plummeted against the US dollar.

“Prices and import duty have risen due to cedi depreciation and dollar appreciation. So, importers find it difficult to import items due to the hikes in duty and customers no longer come in ” expressed Kwaku Anokye, a merchant.

Daily gridlock in Accra’s Central Business District and in the biggest vehicle spare parts district was largely absent, with only street food vendors in front of the shuttered shops.

The Ghana Union of Traders Association (GUTA) union said the move sent a signal to the government that they were frustrated over poor economic management.

“The government should listen to the plea of these businesses, though the private sector is also one of the backbones of the economy. We employ most of the young people in the system, okay? If I am able to employ one or two guys in my shop at the end of the day I have taken some people off the street, you understand?”

“… so government should implement policies that will also cushion us for our businesses to grow while looking at other alternatives to also grow the economy. If government grows the economy and our businesses grow there will not be all of these”  added Edward Larbie, chairman of the Ghana Electrical Dealers Association.

President Nana Akufo-Addo is under pressure over his economic management after reversing his position and entering talks with the IMF over a $3-billion loan to shore up public finances.

Ghana’s central bank has increased its benchmark lending rate by 10 percentage points this year to 24.5 percent in a bid to tame price growth. But that increased borrowing costs for traders.

The International Monetary Fund has started talks with Ghana over a deal and last month IMF officials said they expected to reach an agreement before the end of the year.

Boom in agrifood-technology start-ups in Africa