Chad: At least 30 killed during protests against ruling military gov’t 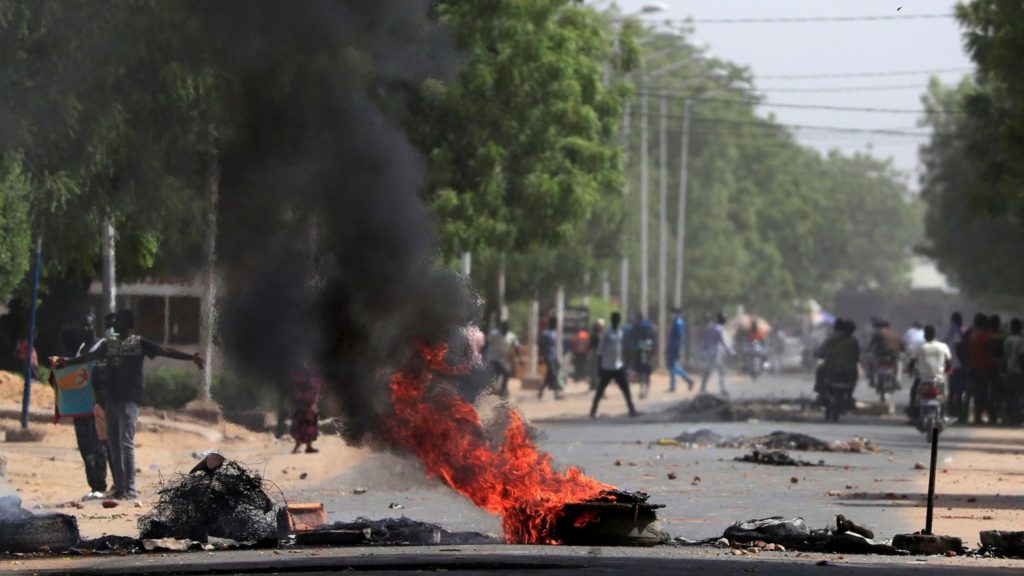 At least 30 people were killed Thursday when police clashed with demonstrators in the Chadian capital during a banned protest against the ruling military, an AFP journalist saw.

Hundreds of demonstrators turned out to mark the date when the military had initially promised to hand over power — a spell that has been extended for another two years.

These clashes are taking place after the extension of the “transition” for two years, which was supposed to end on Thursday, October 20. But at the end of September, Mahamat Idriss Déby Itno was finally maintained as president until free and democratic elections, which are supposed to be held at the end of a second transitional period and in which Mr. Déby will be able to run.

This decision, following an inclusive and sovereign national dialogue (DNIS) boycotted by a large part of the opposition, has further embittered the political and armed opposition and embarrassed the international community, which had endorsed Déby 18 months ago.

On April 20, 2021, following the death of Marshal Déby, who was killed by rebels on his way to the front, the army proclaimed his son, Mahamat Déby, a 37-year-old general, president of the republic at the head of a junta of 15 generals, for a transitional period of 18 months leading to elections.