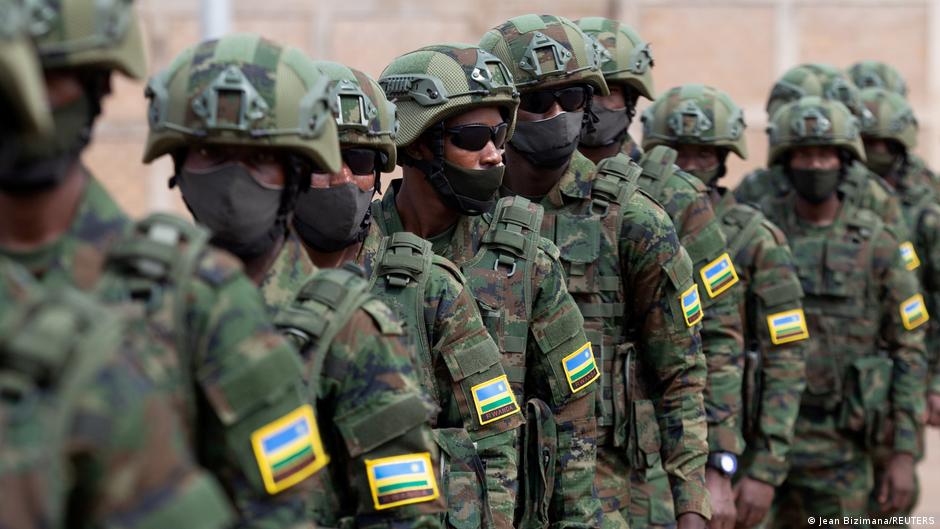 The Palma area in Mozambique has been a base for the militant group Al-Shabaab for the past several months.The arrival of Rwandan forces in August 2021, however, has brought relative security to the area, enabling most people to return home.

Only last week, the United Nations warned that the conflict had not subsided.

But the Rwandan forces displayed confidence in a still precarious security situation in the gas-rich region.

Mozambique’s security forces are ill-trained and equipped compared to their Rwandan colleagues and they are little trusted by locals.

According to Lieutenant-colonel Ronald Rwivanga, Spokesperon of the Rwanda Defence Forces; “The ordinary incidents we get are isolated incidences, one attack here and there, very few people. It’s not really a main stronghold like the way it was in Mocimboa da Praia. Anyway, so we can say to a large extent that this agent has been defeated. “

“The next phase will be to try and see if the security sector can be reformed to such a point that they will be able, they will be poised to deal with security after the departure of the Rwanda security force.”

A year on, calm has returned to the area, and so have most of Quionga’s inhabitants.

Jonas Alvaro José, an English teacher in the area said the situation is much better compared to the previous times.

“The conflict has now spilled into the neighboring province of Nampula, which witnessed four attacks by armed groups in September affecting at least 47,000 people and displacing 12,000,” the UN said in a statement last week.

Since 2017, almost a million people have been forced to flee their homes because of the fighting, it added.