Libya: Fifth session of trial of 46 alleged IS members 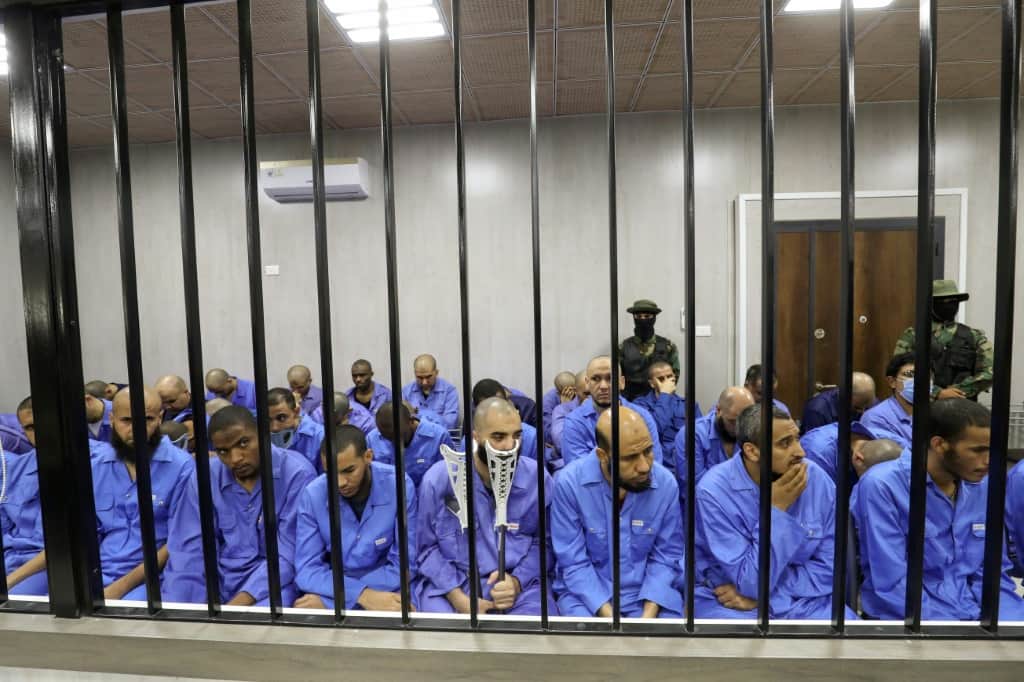 Libya’s Court of Appeal held Sunday the fifth session of the trial of 46 men accused of belonging to terrorist organization: the Islamic State.

Clad in blue prison overalls the suspects appeared in the dock. Among the accused, Libyan, Tunisian, Egyptian, Algerian, Moroccan, Jordanian and Sudanese nationals.

They are accused of being members of a terrorist group and of carrying out killings.

During the session, which was attended by families of IS victims, the judge listened to eyewitness statements.

Islamic State organization took advantage of the turmoil following the murder of Muammar Gaddafi to set up a base in Libya in 2014.

The following year the terrorist group captured the coastal city of Sirte. It is eventually in 2016 that it was ousted of the city after losing heavy fighting with national forces.

Fighters from the “Al-Bunyan Al-Marsous” Operation who fought battles with Islamic State militants were present at the session.

The families of the victims have appealed for the harshest punishment possible including death penalty.

According to judicial sources cited by the AFP news agency, a total of 320 suspects are facing trial.

Although the group was defeated in Libya, some experts have expressed concern that it could reappear in the country’s south where its members have staged deadly ambushes against security forces.