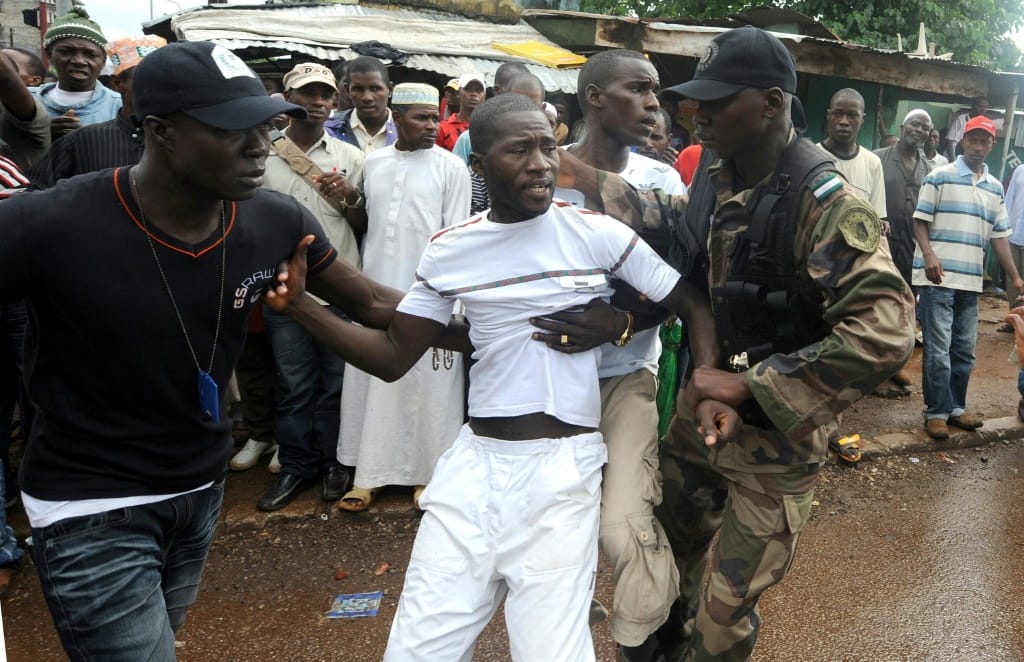 Thirteen years to the day after the 2009 massacre at a stadium in the Guinean capital, Conakry, the trial of dozen of suspects will get underway later this week.

Among the accused is the country’s former military coup leader, Moussa Dadis Camara, who returned to Guinea on Sunday to attend the proceedings.

‘He always wanted to be there. And now that this trial has been scheduled, Camara will be there to deliver his part of the truth.

We can reassure you that he is not guilty of anything, rather he has claimed his innocence and we will prove it during this trial,’ said the former president’s lawyer, Almamy Samory Traoré.

On 28 September 2009, a group of NGOs and opposition parties organised a pro-democracy rally at a stadium in Conakry.

Thousands of people gathered to protest against the possible candidacy of Camara in the presidential polls.

He had seized power during a December 2008 coup, just hours after the death of the country’s first leader, Ahmed Sekou Toure.

But when Camara reneged on promises to step down, angry Guineans arranged the protests.

Camara is accused of instigating the violence at the stadium 13 years ago, during which over 150 people died and more than 100 women were raped when security forces stormed the stadium during a pro-democracy rally.

A judicial inquiry that ended in December 2017 referred dozens of people to the courts.

Despite repeated commitments by the regime of former president Alpha Conde, victims and relatives are still waiting for the alleged perpetrators to appear in court.

Asmaou Diallo, is president of the NGO Association of Victims, Parents and Friends of the September 28 Massacre (AVIPA).

‘We really want the truth, we want reparations, we want recognition on a national level for all the victims of the events of September 28. And we’re hoping for justice to be delivered clearly and transparently, not just a mock trial,’ she said.

The events of 28 September 2009 will forever be etched into the memories of Guineans, but it is hoped that something positive will come out of the trial.

Justice Minister Alphonse Charles Wright, speaking at a press conference last week, said the proceedings would ‘revisit our history and ensure that ‘we all come out of this trial with a new vision of Guinea, where impunity will no longer have its place.