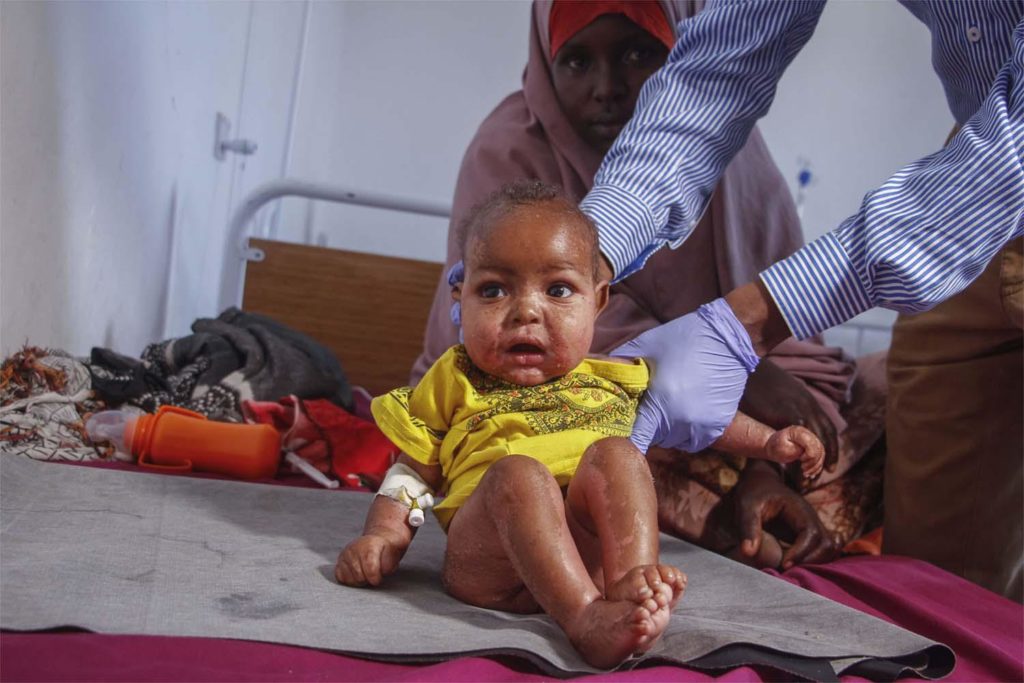 Around 730 children have died in nutrition centers across Somalia since January, the United Nations said Tuesday, warning the true figure could be much higher, with the country nearing famine.

Millions of people are at risk of starvation across the Horn of Africa, which is in the grip of the worst drought in four decades after four failed rainy seasons wiped out livestock and crops.

“Around 730 children are reported to have died in nutrition centers across the country” between January and July, she told reporters in Geneva via video-link from Mogadishu.

“This is less than one percent of the children who were admitted, cured and discharged. But we also feel that this number could be more, as many deaths of children go unreported.”

She said some 1.5 million children — nearly half aged under five — are at risk of acute malnutrition.

Among those, 385,000 will need treatment for severe acute malnutrition, Saeed said.

The UN warned Monday that Somalia was on the brink of famine for the second time in just over a decade, and that time was running out to save lives in the drought-stricken country.

Seed said the drought had triggered a water and sanitation crisis, because many of the water sources had dried up.

“Many of those have also dried out because of overuse, and we have around 4.5 million people who need emergency water supplies,” she said.

That figure is expected to rise as the drought worsens and, according to UNICEF, as the price of water has increased by between 55 percent and 85 percent since January.

“No matter how much food a malnourished child eats, if he or she doesn’t get clean water then they won’t be able to recover,” said Saeed.

“We are really very much concerned about this because we are also seeing increase in outbreak of acute watery diarrhoea,” Saeed said.

Humanitarian agencies have been ringing alarm bells for months and say the situation across the Horn of Africa — including Kenya and Ethiopia — is likely to deteriorate with a likely fifth failed rainy season in the offing.

Around one million have fled their homes on a desperate quest for food and water.