At least one dead in latest anti-U.N. protest in DR Congo 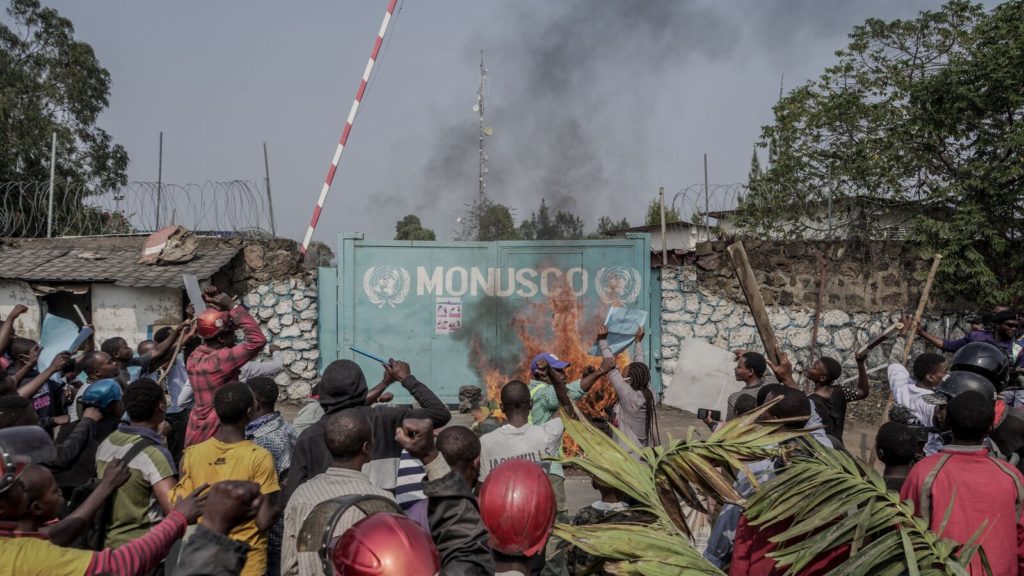 At least one person was killed in the eastern Congolese city of Beni on Tuesday when shots were fired during another protest against the United Nations’ MONUSCO peacekeeping mission in the Democratic Republic of Congo, a police spokesperson said.

In a climate of anti-UN sentiment in the country, motorcyclists pelted a column of peacekeepers’ vehicles and prevented their progress.

The peacekeepers returned fire to clear a path.

An investigation is being conducted by officers of the judicial police to “identify the perpetrators of these shootings,” he said.

The police invited the population of Beni to be patient, invoking the roadmap of the departure of Monusco (United Nations Stabilization Mission in DR Congo).

The police also called on the population to be vigilant in order to denounce “the infiltration of enemies”.

At the end of July, violent demonstrations took place in several towns in eastern DRC, including Beni and Butembo, to demand the departure of the United Nations, accused of ineffectiveness in the fight against the hundred or so armed groups that have been spreading terror in the region for nearly 30 years.

Thirty-two demonstrators and four peacekeepers were killed in one week, according to the Congolese authorities.