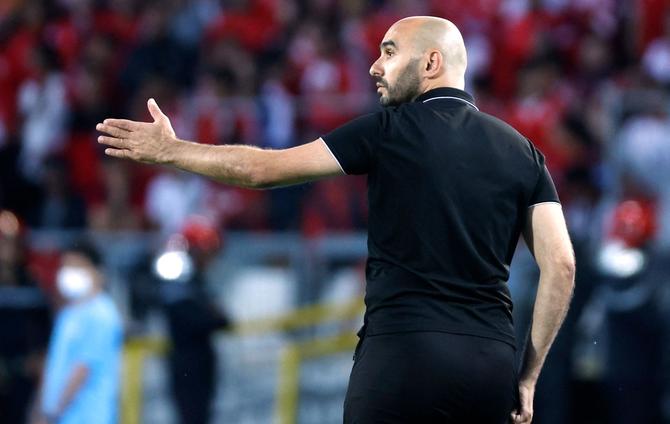 The Royal Moroccan Football Federation announced on Wednesday the appointment of Walid Regragui as the new manager of the Atlas Lions.

The contract with the former Wydad coach runs until 2026.

“We have a big challenge, we don’t have enough time, we have to be aware that we will participate in the World Cup not to play only three matches, the players agree with that, and of course the players who will be in the stadium, so I expect a lot from them, I will trust them and I will send them the message of the supporters who are waiting to see a great team on the stadium”, said Walid Regragui.

With only months to go before the World Cup in Qatar the new manager is only too aware of the challenges ahead.

“The last time to submit the list is on Sunday, I have a project that will be done on short term, I am thinking of the World Cup because it is the closest, I cannot change 80% or 90% of the team with a very close objective, according to the work already done, I see that there is a solid base, in the World Cup we must be a very competitive team so I cannot do too many tests or change the team”, concluded Regragui.

Walid Regrague took Wydad to one of the best seasons in the history of the club and his best season as a coach by winning the Championship-Champions League double.