Ethiopia: Addis Ababa residents react to news of resumption of fighting in Tigray 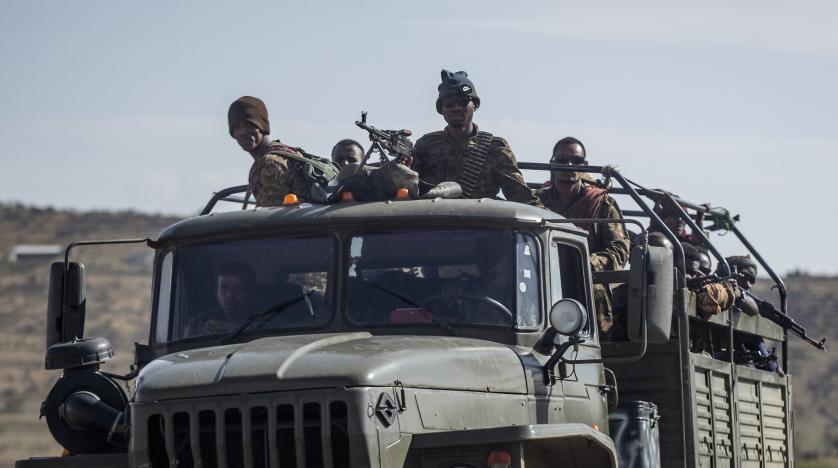 The international community was concerned on Thursday, the day after the resumption of fighting in Ethiopia between the federal army and the Tigray rebels ended a five-month truce in the north of the country, where the situation remains uncertain.

Neither the Ethiopian government nor the Tigray rebel authorities – who accuse each other of having triggered the new clashes – have given any information on whether or not the fighting will continue and neither has responded to AFP’s questions for the time being.

In a statement on Wednesday, rebel authorities in Tigray said only that government forces had “failed” to “break (their) lines of defense.

The fighting, which broke out Wednesday in areas of the Amhara and Afar regions around the southeastern tip of Tigray, does not appear to have spread.

But the return of violence has the international community worried that the conflict will resume on a large scale and that the slim hopes raised in June by prospects for negotiations that never materialized will be dashed.

The 21-month conflict has left several thousand people dead, more than two million displaced and hundreds of thousands of Ethiopians living in near-starvation conditions, according to the United Nations.

“The information on a resumption of the conflict in northern Ethiopia darkens the prospects for peace,” said the head of diplomacy of the European Union Josep Borrell, calling “all parties to defuse the situation before it degenerates again into a full-fledged war.

U.S. Secretary of State Antony Blinken called on both sides “to bring a definitive end to the conflict,” recalling that the resumption of fighting endangered the truce reached at the end of March “which has reduced violence and saved lives.”

On Thursday, Ethiopian Deputy Prime Minister and Foreign Minister Demeke Mekonnen reiterated at a meeting with diplomats that “the government is ready to defend the territorial integrity and sovereignty of the nation,” according to a statement.

“But it is also determined to use peaceful means to end the conflict and to work with humanitarian organizations to alleviate unnecessary suffering,” he said, accusing the rebels of continuing to “use humanitarian supplies meant to support civilians for military purposes, while failing to recognize the government’s peace measures.”

Since the end of June, the Ethiopian government and the Tigrayan rebels have repeatedly stated their willingness to enter into peace negotiations, but continue to disagree on the modalities. And in recent days they have accused each other of preparing for war.

The federal government wants immediate talks without preconditions, under the auspices of the African Union (AU). The rebels are demanding the restoration of electricity, telecommunications and banking services to Tigray and rejecting the mediation of AU High Representative Olusegun Obasanjo.

In a letter published on Wednesday, the leader of the Tigray rebel authorities, Debretsion Gebremichael, acknowledged that “two rounds of direct discussions” had taken place with civilian and military officials of the Ethiopian government, direct contacts that the Tigrayan rebels had always firmly denied.

He accused the Ethiopian government of not having respected commitments made on these occasions.

“While one side draws a roadmap for peace, the other side declares war. While the government is exploring all options to consolidate the truce,” the tiger rebels are “actively working to end it,” said the committee appointed by Prime Minister Abiy Ahmed to prepare for negotiations.

The truce reached at the end of March had allowed the gradual resumption of the delivery of humanitarian aid by road to Tigray, which has been plunged into near-starvation conditions by the conflict.

The war began in November 2020, when Prime Minister Abiy Ahmed sent the army into Tigray to dislodge regional authorities, accusing them of attacking military bases after months of challenging his authority.

After initially retreating, the Tigrayan rebels regained control of most of the region in a counteroffensive in mid-2021, in which they entered Amhara and Afar.