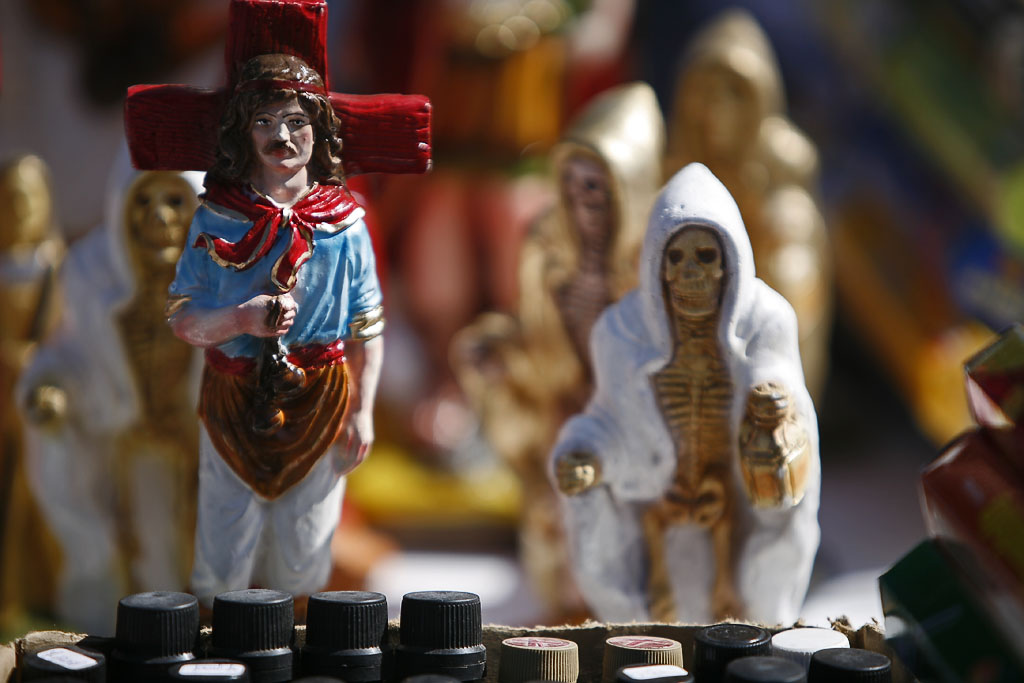 Thousands of people flocked to the outskirts of Buenos Aires on Saturday to pay tribute to one of the country’s most beloved and controversial pagan saints, San La Muerte. The Catholic Church rejects this popular saint depicted as a skeleton holding a scythe. However, many Catholics follow him in Argentina, Paraguay and Brazil. Offerings are made in the form of money, flowers, fruit and especially bottles of sugar cane liquor. His followers say that one can ask him for favors in difficult situations, but also wish misfortune on those who have not behaved well towards them.