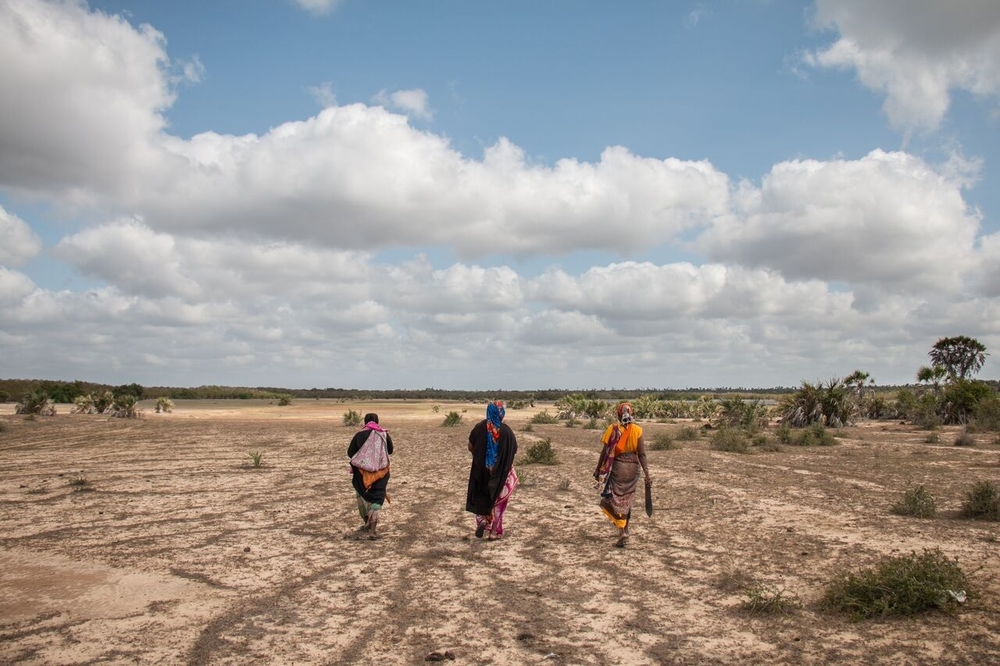 In Western Kenya, a sunny sky can be an ominous sign of worse things to come.

In Garissa, living creatures barely make it. Either death awaits or exile for those who wish to survive.

According to National Drought Management Authority (NDMA), Kenya is facing an unprecedented severe drought due to the cumulative impacts of four consecutive failed rainy seasons.

“I am 78 years old, Dubey Ibrahim Werar says. I have not seen a severe drought like this in all my life. For the last three years, there has not been a single drop of rain. All these houses have been abandoned by their people. Few of us have remained here. We haven’t seen a dire situation than this one before.”

Climate shocks have turned upside down the lives of pastoralists. Livestock, one of their key livelihood sectors, has been severely affected. Staple food prices have gone through the roof, while daily wages continue to plummet.

The fall of purchasing power led to rising rates of malnutrition among the most vulnerable communities.

Mohammed Noor Afey, a community leader, has observed the sad deterioration: “The drought has really affected our livestock and this has taken away our economic lifeline, What Is left here are people with no livestock. The only person who can afford to buy something is the one with livestock nearby through selling his or her livestock. We don’t have markets where we can buy food and we don’t have farms. The only income we have is our livestock and we’ve lost that.”

According to the National Drought Management Authority Food Security June report, the number of people facing food insecurity in Kenya has increased from the previous 3.5M to 4.1M.

The Kenyan Red Cross Society and the International Committee of the Red Cross have been distributing relief food and animal feed in four drought-affected counties.

In order to help communities build resilience in the face of the erratic weather patterns, households have also received cash support.

Drugs and other emergency health supplies distributed by UNICEF and partners reached 150,000 people in Marsabit, Turkana, Wajir, Mandera, Garissa, and Tana River, the UN Office for the Coordination of Humanitarian Affairs said.

Drought-related disease outbreaks of Kalaazar, Chikungunya, Dengue fever and Yellow fever have been reported in drought affected Arid and Semi-Arid Lands (ASALs), further compounding the vulnerability of communities, and their coping mechanisms to drought emergency.