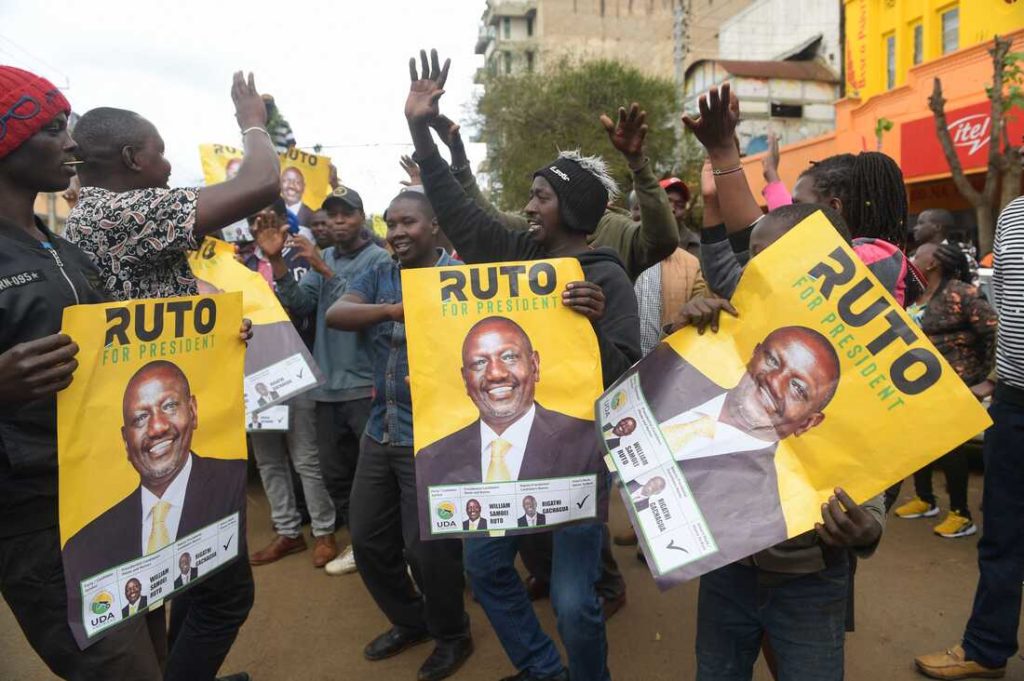 Kenya’s electoral commission chairman has declared Deputy President William Ruto the winner of the close presidential election over five-time contender Raila Odinga, a triumph for the man who shook up politics by appealing to struggling Kenyans on economic terms and not on traditional ethnic ones.

However, chaos emerged just before the declaration when the electoral commission’s vice chair and three other commissioners told journalists they could not support the “opaque nature” of the final phase. “We cannot take ownership of the result that is going to be announced,” vice chair Juliana Cherera said. At the declaration venue, police surged to impose calm amid shouting.

The sudden split in the commission came minutes after Odinga’s chief agent said they could not verify the results and made allegations of “electoral offenses” without giving details or evidence. Odinga didn’t come to the venue for the declaration.

Now Kenyans wait to see whether Odinga will again go to court to contest the results of Tuesday’s peaceful election in a country crucial to regional stability. This is likely the final try for the 77-year-old longtime opposition figure backed this time by former rival and outgoing President Uhuru Kenyatta, who fell out with his deputy, Ruto, years ago.