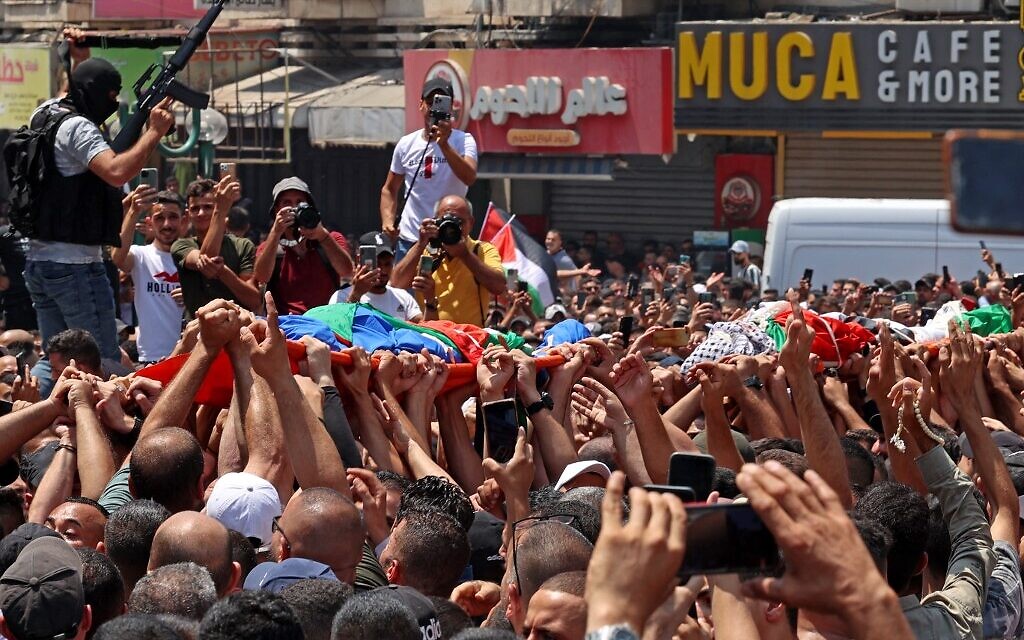 Israeli troops killed three Palestinians and injured dozens more in a shootout Tuesday during an arrest operation in the city of Nablus in the occupied West Bank, the Palestinian Health Ministry said. The shootout came a day after a cease-fire ended three days of fighting between Israel and the Palestinian Islamic Jihad militant group in the Gaza Strip. Israeli police said forces surrounded the home of Ibrahim al-Nabulsi, who they say was wanted for a string of shootings in the West Bank earlier this year. It confirmed that al-Nabulsi and another Palestinian militant were killed in a shootout at the scene, and that troops found arms and explosives in his home.

The Israeli military said that troops came under attack from Palestinians throwing rocks and explosives, and that soldiers responded with gunfire. It confirmed Palestinians were shot, but did not elaborate on their condition. The Palestinian Health Ministry said that three people were killed — al-Nabulsi, Islam Sabouh and Hussein Jamal Taha — and at least 40 others were wounded. Israel has conducted near nightly arrest raids in the West Bank in recent months as part of a crackdown on Palestinian militant groups, foremost Islamic Jihad, in the aftermath of a string of deadly attacks targeting Israelis earlier this year that left 19 people dead. Dozens of Palestinians have been killed in clashes with Israeli troops during these arrest raids.