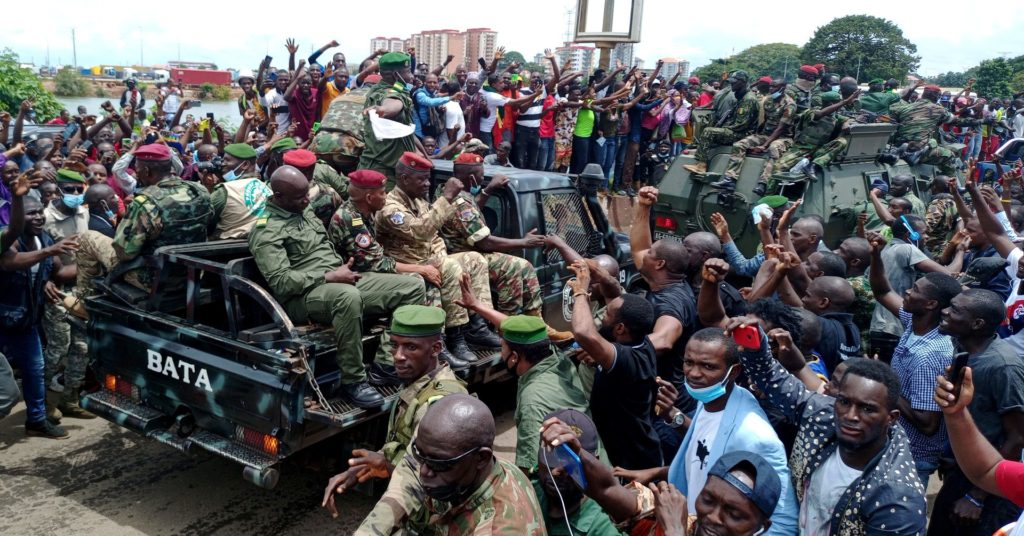 Protests against Guinea’s junta and its handling of plans to return to democracy brought the capital to a standstill Thursday, with organizers claiming that one person was killed.

Clashes broke out Thursday morning between young demonstrators and the police in several areas seen as opposition strongholds in the capital.

The protest began ahead of comments by the chair of a regional bloc who claimed to have persuaded the junta to shorten its timeline for a return to democracy.

Umaro Sissoco Embalo, president of Guinea Bissau and current chairman of ECOWAS, speaking during Macron’s visit to his country said:

“I was in Conakry with the President of the Commission (of ECOWAS) to make the military junta understand the decision of the summit of heads of state that the transition cannot exceed 24 months. They (the members of the junta) had proposed 36 months, but we succeeded in convincing them, and we did the same thing with Burkina Faso.”

On the other hand, Ousmane Gaoual Diallo, Guinean minister and spokesman for the transitional government, said “neither the government nor the presidency confirm this information on the duration of the transition in Guinea.

Three leaders of the The National Front for the Defense of the Constitution, were arrested on July 5, provoking violent demonstrations that were some of the first since the junta seized power.

All three were released after being found not guilty of contempt of court over comments they had posted on social media criticizing the prosecutor’s office and the military-appointed parliament.