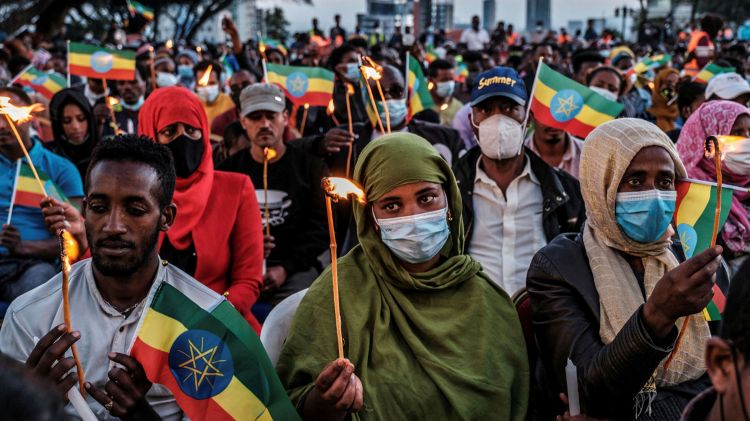 Ethiopia’s athletics boss on Thursday urged the federal government to ease access to the war-torn region of Tigray, which is home to several medalist from the recently concluded World Athletics Championships.

Three of Ethiopia’s four gold medalists and one silver medalist from the championships held in the US city of Eugene earlier this month hail from Tigray, including the women’s marathon winner Gotytom Gebreslase.

In Amharic, Sahle-work Zewde, President of Ethiopia,  voiced are frustration on the ongoing situation in the east African nation.

“There is the winner in Ethiopia. This is the Ethiopia we know and wish. However, Ethiopia is also where the cruel and the destroyer exist. It is the country where we have witnessed outrageous cruelty. A place where the unkind, the cheaters, and those who betray their country exist. Because of them, people are killed and displaced from their homes. We have citizens who are living at IDP camps. Some cannot meet and talk with their families.”

The northern region has been largely cut off from the rest of the country due to a conflict between federal forces and the Tigray People’s Liberation Front (TPLF) that erupted in November 2020. This restriction does not exclude the athletes.

Derartu Tulu, President of Ethiopian Athletics Federation, supported Zewde point adding that some athletes remained stuck in Tigray and were unable to participate in the championships, which saw Ethiopia come second in the medals table behind the United States, winning a total of 10 medals.

“Tigrayan Athletes still did not get the opportunity to meet their families. I hope our president and our government will solve this issue. Because that will make our joy fulfilled and prepare for the next task. We have athletes there (in Tigray), but they did not come. Some of them should come here, and others should start their work there.”