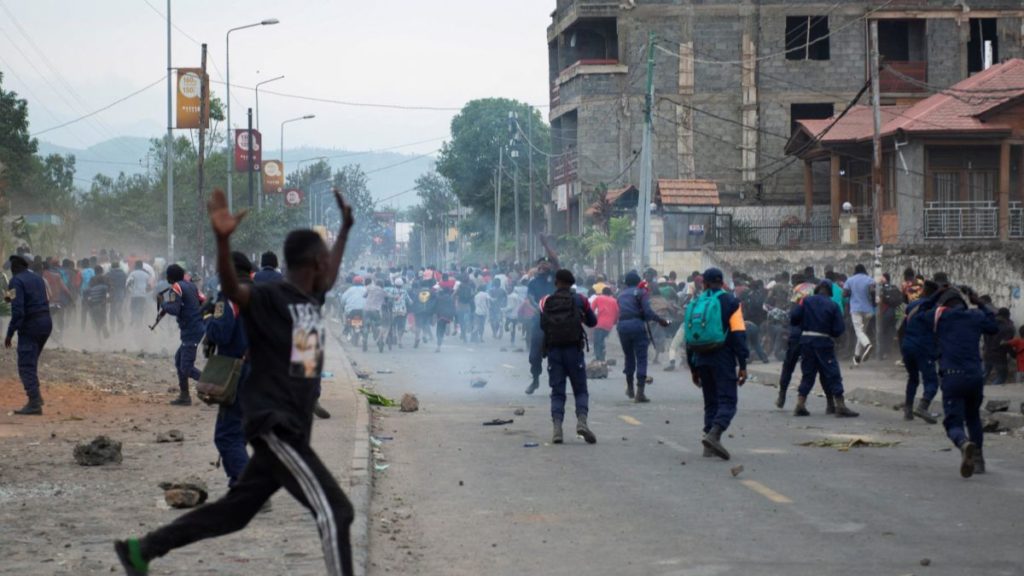 Protesters took to the streets for a third consecutive day after at least 15 people were killed and dozens of others injured during the previous two days of demonstrations in Congo’s east against the United Nations mission in the country.

The UN said Tuesday one peacekeeper from Morocco and two international policemen from India serving with the UN peacekeeping force were slain and a policeman from Egypt was injured at the UN base in Butembo in North Kivu province when “violent attackers snatched weapons from Congolese police” and fired on UN personnel.

UN Secretary-General Antonio Guterres has condemned the violence targeting multiple UN bases across North Kivu since Monday, according to a UN spokesman.

Since Monday, demonstrators set fires and forced entry into the UN mission offices in Goma, accusing the peacekeeping force of failing to protect civilians amid rising violence in Congo’s eastern region.

They are calling for the UN forces, present in Congo for years, to leave.

Congo’s mineral-rich east is home to myriad rebel groups and the region’s security has worsened despite a year of emergency operations by a joint force of the armies of Congo and Uganda. Civilians in the east have also had to deal with violence from jihadi rebels linked to the Islamic State group.

In June 2021 and June 2022, the peacekeeping mission closed its office in Congo’s Kasai Central and Tanganyika regions. The mission has more than 16,000 uniformed personnel in Congo, according to the UN.

The protests are taking place as fighting has escalated between Congolese troops and the M23 rebels, forcing nearly 200,000 people to flee their homes.

The M23 forces have shown increased firepower and defense capabilities, according to a report by Human Rights Watch.