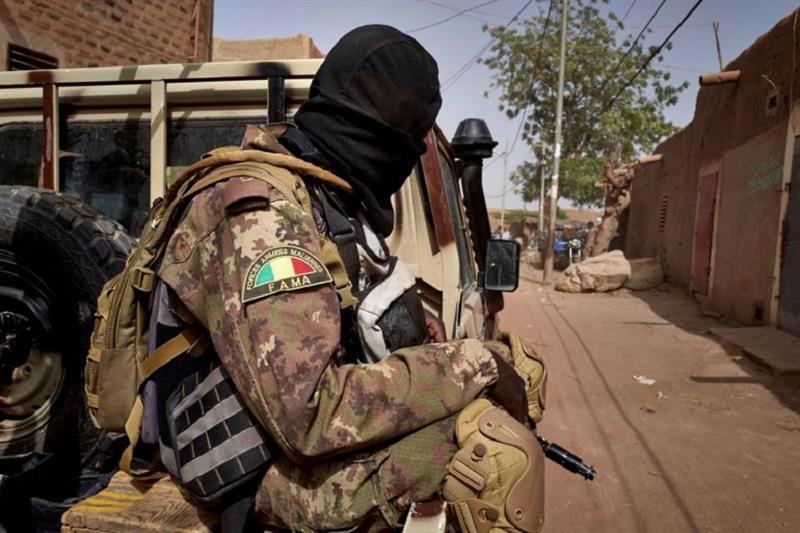 At least 15 soldiers and three civilians were killed in coordinated “terrorist” attacks in Mali, the country’s army said Wednesday, this is the latest deadly violence to rock the Sahel state.

In Kalumba, near the Mauritanian border, “the death toll on the friendly side is 12, including three civilians from a road construction company“, the army said in a statement.

The army death toll in Sokolo, in central Mali, was six with 25 others wounded, five of them seriously.

The army claims to have killed 48 attackers and “neutralized three terrorist pick-up trucks 15 kilometres (10 miles) from Sokolo with (an) estimated fifteen fighters and their equipment” destroyed, the statement said.

A third attack, in centrally-located Mopti ended without casualties overnight.

Over the weekend, Mali’s army said it had thwarted a new attack on a military camp in the center of the country, two days after a deadly suicide attack in a strategic garrison town near the capital.

It was the first time since 2012 that such coordinated attacks have taken place so close to the capital.

The Malian army has intensified its anti-jihadist operations in recent months, relying on what it describes as Russian instructors.

Despite a deteriorating security situation, the junta turned its back on France and its international partners, instead leaning on Russia to stem the threat posed by jihadists to Mali, as well as Burkina Faso and Niger.