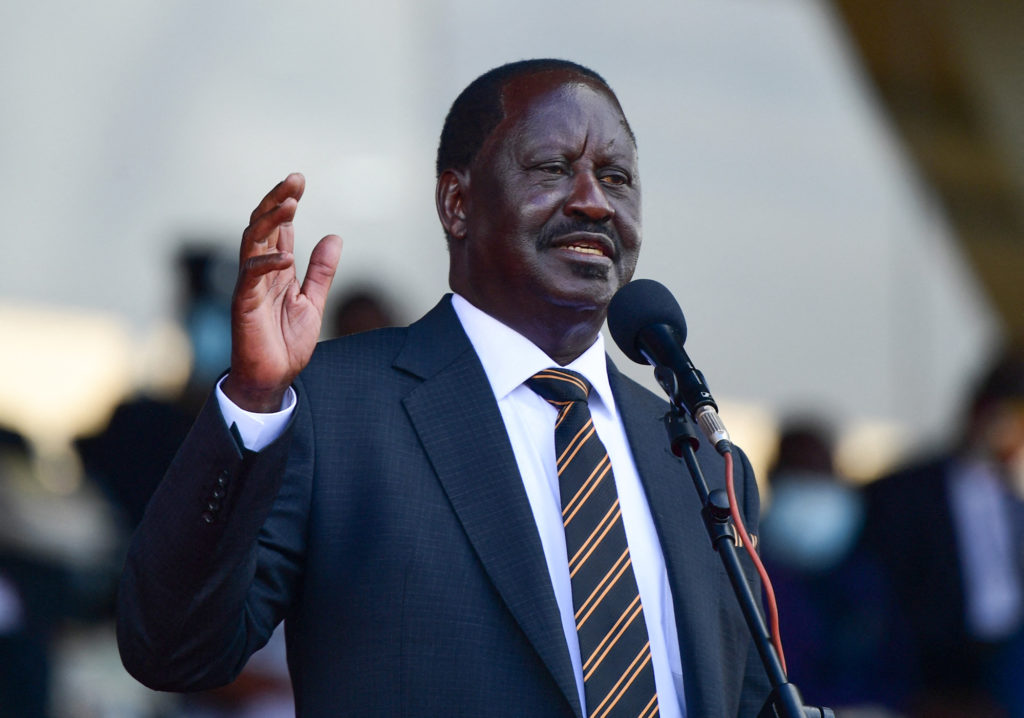 One of Kenya’s two leading presidential candidates, Raila Odinga, will not take part in an upcoming electoral debate, his campaign team said Sunday, accusing his principal rival of trying to avoid certain topics such as corruption.

Odinga, 77, a former prime minister, and Deputy President William Ruto, 55, are the leading contenders in the August 9 presidential poll.

But in a statement announcing Odinga would boycott Tuesday’s debate, his campaign spokesman accused Ruto of trying to dodge discussion of key issues.

Ruto “has demanded that the debate not focus on corruption, integrity, ethics, and governance — the key existential questions that Kenya faces”, Odinga’s spokesman said in the statement.

“Any debate devoid of these questions would be an insult to the intelligence of Kenyans. That is why we do not intend to share a national podium with a person who lacks basic decency,” he added.

Instead, Odinga plans to take part in a televised town hall meeting in an eastern neighborhood of the capital Nairobi with “ordinary Kenyans”, according to the statement.

The organizers of the debate said that they “continue to engage all stakeholders, including the various presidential campaign teams”.

“In accordance with the Presidential Debate Guidelines, we have shared the thematic areas with all the candidates and the moderators will endeavor to cover all the said topics within the set timeline,” the statement said.

The debate, scheduled for six hours, would still proceed on Tuesday, the organizers added.

Odinga’s announcement follows a letter sent Thursday by Ruto’s director of communications to the debate organizers.

It said that he was “ready to answer any question and speak to any matter that arises during the debate” but added that his attendance was “contingent” on certain matters.

“We expect that the moderators will allocate equal time to issues affecting Kenyans and equally allow candidates a fair opportunity to address them,” the letter said.

“To that end we wish to know in advance the number of minutes that will be allocated to respective interventions including, but not restricted to governance and integrity, agriculture, healthcare, MSMEs and manufacturing, housing, the digital economy, foreign policy, and so on and so forth,” it continued.

The debate organizers have insisted that “the moderators will select the questions to be asked, and shall NOT share the same with the candidates”.

“They will NOT meet with any of the campaign teams or the candidates,” they added in the statement.

Sitting President Uhuru Kenyatta cannot run again and has endorsed Odinga over his deputy of nine years after an acrimonious falling out.