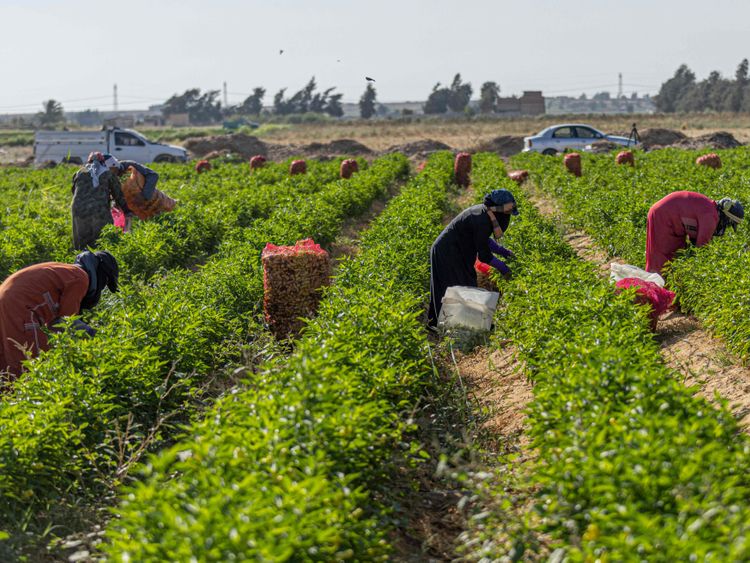 Egyptian smallholders may have a major role in feeding the country’s 103 million population, they are still struggling to survive. Many say they are facing difficulties to sell their harvests on markets and end up being cash-strapped and indebted.

Such as Zakaria Aboueldahab, who grows onions in Qalyubia, in the north of the country.“Farmers are dead, especially small farmers, as we aren’t able to buy anything nor sell our crops, says the Egyptian farmer,How can the farmer pay his land’s rental fees and eat or drink?”.

Financing, marketing and infrastructure hurdles create massive gaps between supply and demand. And with the sharp surge in global prices due to the pandemic and the war in Ukraine, several farmers can no longer pay water bills or pesticides.

“Some farmers have abandoned their lands, they neither sold nor planted them, they don’t know what to do with them. They’ve lost profits over the course of many years, they make no profit at all.”, explains Mohamed Abdelmoez another Egyptian farmer.

The lack of unions and cooperatives to help farmers face challenges and understand the system is a problem Hussein Abou Bakr has a solution for. The entrepreneur founded a company offering smallholders financing solutions and agronomy support. “Egypt is facing problems related to food, food security, water consumption and shortage, as well as problems related to employment and financial inclusion, says the founder of the company ‘Mozare3’.

According to the United Nations Food and Agriculture Organization, small farms cultivating less than three acres of land produce some 47 per cent of Egypt’s field crops.