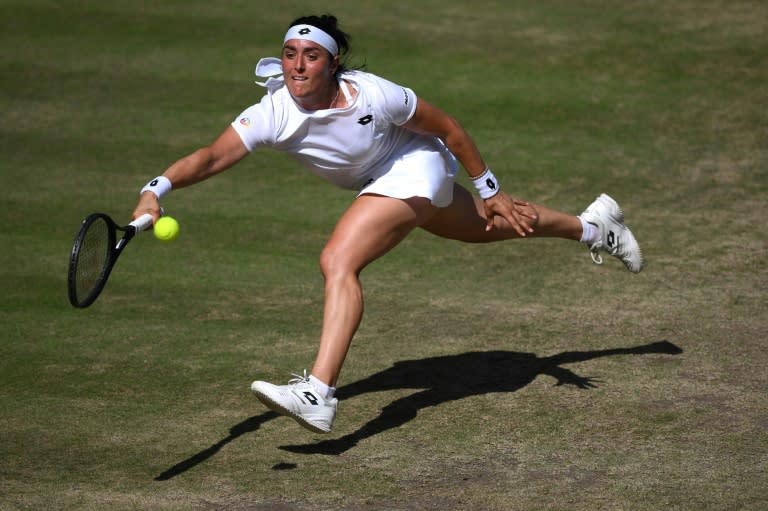 Hailing her as the “nation’s pride” and “ambassador of happiness”, Tunisians remained enthralled with tennis star Ons Jabeur Saturday, celebrating her presence in the prestigious Wimbledon final despite her loss.

Jabeur became the world’s number two player and then made history as the first African or Arab woman to reach a Grand Slam singles final in the modern era.

Although she missed out on the title at the All England Lawn Tennis Club, she said she’ll learn from the experience and can’t wait to play in another final.

“I just try to inspire as many generations as I can,” she said.

At a cafe not far from the Hammam Sousse tennis club where the 27-year-old began her career, a group of young Tunisian men had been intently watching the match, yelling in excitement at each point she won.

He and his friends had rushed through their traditional Eid al-Adha meal to get to the cafe — one of the few open on the national holiday which began Saturday — to watch the match.

Jabeur represents the African continent “and the region at Wimbledon”, Ghairi said. “It’s a real achievement.”

“The authorities could never match the publicity Ons Jabeur has brought for Tunisia, even if they spent millions,” he said.

“We used to dream of a Tunisian player simply qualifying for Wimbledon, and today, Tunisia is at the final,” he added.

Her former trainer Nabil Mlika told AFP after the match that Jabeur was “the nation’s pride”, wishing her luck for the US Open, which begins next month.

Cafe worker Hafedh Amrouni, 25, said that Jabeur had “honored” the country despite her coming in runner-up.

Her success has been a rare good news story for a North African country mired in economic and political crisis, made more acute by the coronavirus pandemic and the impact of the war in Ukraine.

On Friday, the country’s Sports Minister Kamel Deguiche said celebrations were planned for after Wimbledon and that he wanted to officially award Jabeur the title of “Minister of Happiness”, adding: “It’s the state’s duty to her.”