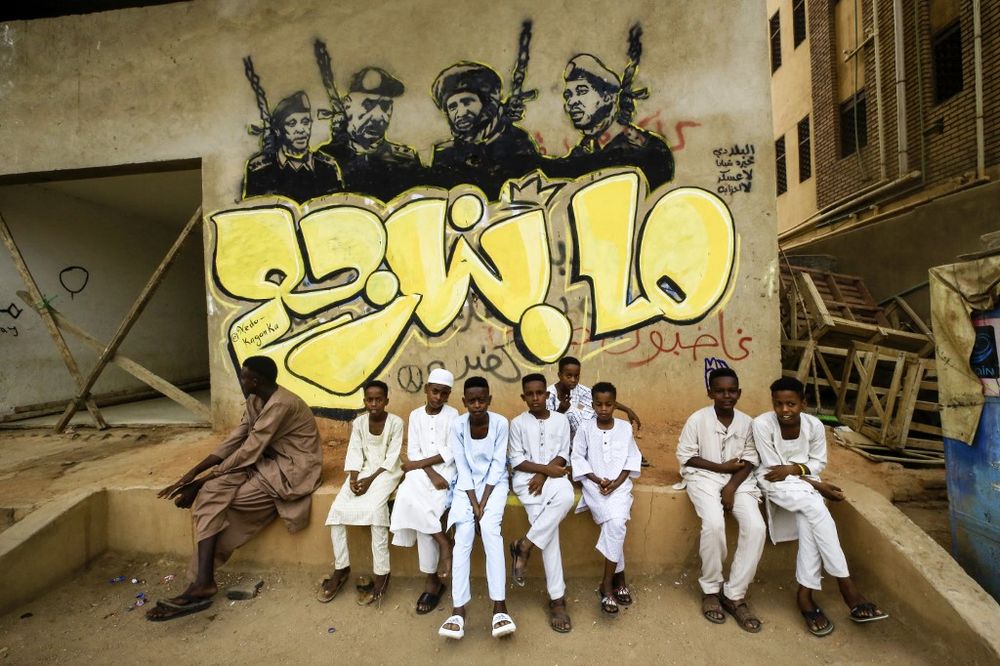 Sudanese pro-democracy demonstrators celebrated Saturday the Muslim feast of sacrifice in the streets of Khartoum and its suburbs, between barricades and graffiti, to protest against the military regime in place.

The morning prayer for Eid al-Adha, which marks the end of the pilgrimage to Mecca (hajj) began Saturday in the streets of the capital and its suburbs, as demonstrators began their second week of protests and sit-ins.

An imam borrowed the microphone, usually used to chant protest slogans, to deliver his sermon.

The demonstrators intend to continue their protest movement and force the head of the army, Abdel Fattah al-Burhane to resign, not believing in his recent promises to put in place a civilian government.

For Ibrahim al-Haj a protester interviewed Saturday by AFP after the prayer, the fight continues “no matter what happens in the country.

And “we will not forget our martyrs (…) whatever happens,” he added, while demonstrators waved flags with the faces of protesters killed in the crackdown.

Pro-democracy groups in Sudan announced on Thursday that they were forming a “Revolutionary Council” against General Abdel Fattah al-Burhane, refusing his offer of civilian government.

This Council “will regroup the revolutionary forces under a unified leadership,” explained Manal Siam, one of the coordinators of this coalition.

The protests were reignited on June 30, when tens of thousands of people gathered and nine people were killed, according to medics.

In Kenya, hundreds of Muslims marked the first day of Eid al Adha with prayers at the Masjid Rahma mosque in Nairobi on Saturday.

The four-day Muslim celebration involves a ritual of slaughtering animals to commemorate Ibrahim, who was asked by God to offer his son, Ismail as a sacrifice.

“The importance of this day, other than the Eid, is we sacrifice,” explained Imam Mohamed Hussein Omar. “Once you spill the blood, you get blessings from Allah almighty.