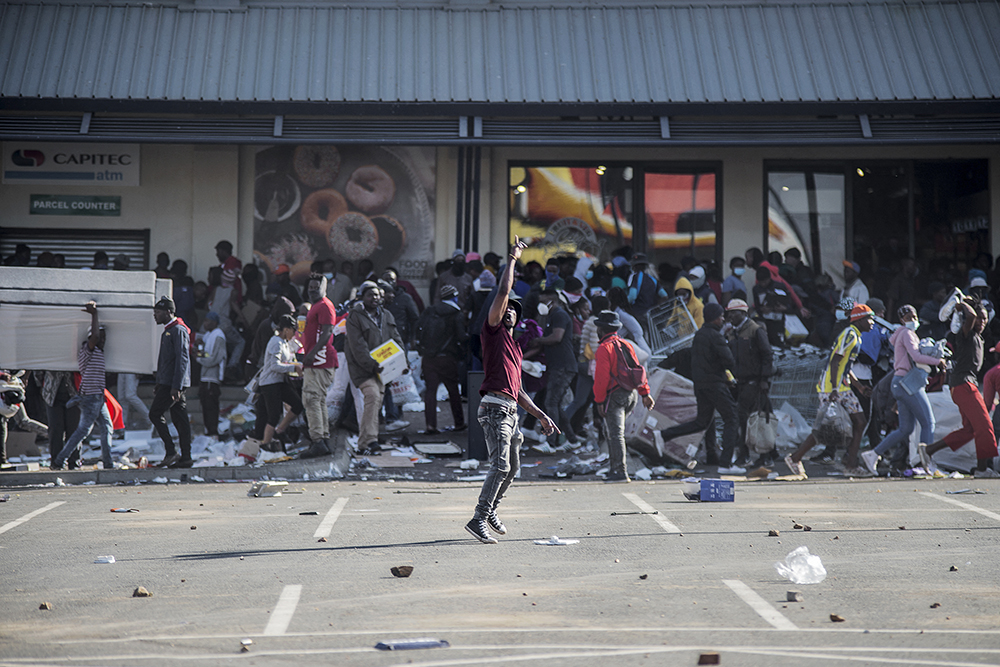 A year after the worst unrest to hit South Africa in decades, only 50 people have been convicted over the violence, with the suspected masterminds and thousands of others still awaiting trial, the defence minister said Friday.

More than 350 people were killed during almost ten days of rioting that followed the incarceration of former president Jacob Zuma last July.

“(Authorities) continue to work around the clock investigating the crimes that were committed and building cases against those who were arrested,” Defense Minister Thandi Modise said.

The perceived lack of progress in bringing the perpetrators to justice has been a cause of frustration for relatives of the victims and many others across the country which has one of the highest murder rates in the world.

Modise said more than 8,000 incidents were reported to the police leading to 5,500 arrests, with 2,435 cases still to reach court.

The unrest was sparked when Zuma was detained and slapped with a 15-month sentence for refusing to testify before an inquiry into state graft.

Widespread poverty exacerbated by the coronavirus pandemic was also widely seen as a contributing factor.

What began as protests by Zuma’s supporters quickly spiralled into riots in his home province of KwaZulu-Natal and Johannesburg that saw malls and warehouses emptied and infrastructure destroyed.

An inquiry blamed glaring failures by police and intelligence agencies for the unrest that cost the economy some 50 billion rand ($3.3-billion).

“(Police were) caught with their pants down in 2021 and have done absolutely nothing since that date to prepare themselves for a repeat of last year’s violence,” Andrew Whitfield, a lawmaker with the opposition Democratic Alliance party, said in a statement.

At the time, President Cyril Ramaphosa called the violence an “insurrection”.

Modise said 3,300 cases were finalised through non-prosecution while 2,900 cases were unfounded. The remaining pending cases include 36 suspects linked to murders.

Recommendations to improve policing and intelligence were being implemented to better respond to future incidents, she added.

“We are determined not to allow this tragic episode… to repeat itself,” she said.

Police Minister Bheki Cele added 19 people have been arrested on suspicion of masterminding the unrest. Two cases have been withdrawn while the majority of suspects are on bail awaiting trial.

Another 86 people are being closely monitored by police intelligence, Cele said.

Authorities “regret that this has been a little bit slow,” Modise said, but do not want to risk “blunders” in haste.

“Whoever it is who is behind last year, it must be very clear, we will not rest. We don’t care who it is, they will face what they must face. There will not be shortcuts,” she said.

Zuma was granted parole just two months into his incarceration.