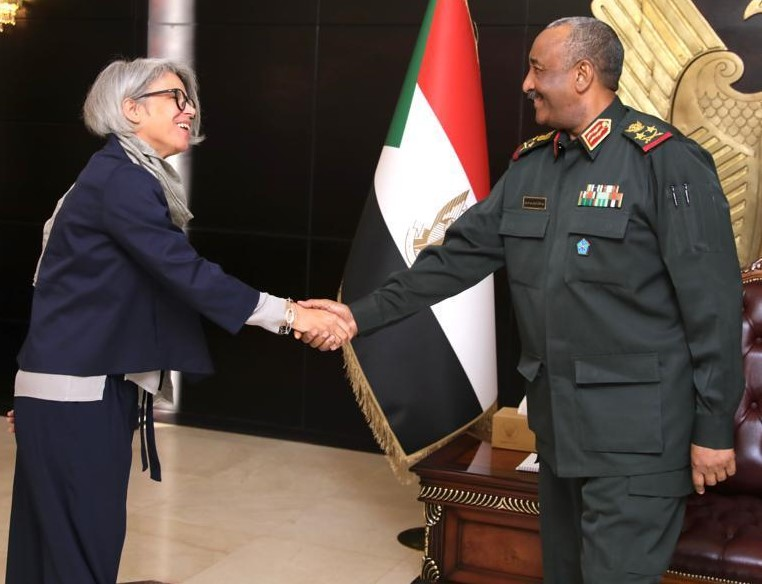 Ethiopian Prime Minister Abiy Ahmed said he met Sudan’s coup leader Abdel Fattah al-Burhan in Nairobi on Tuesday and that both committed to “dialogue” to resolve any differences.

Their talks follow a clash in a volatile border region last month in which Khartoum said that Ethiopian forces had captured and killed Sudanese troops — claims denied by Addis Ababa.

“We have both agreed that our two countries have plenty of collaborative elements to work on peacefully,” Abiy said in a Twitter post, accompanied by a picture of the two men.

“Our common bonds surpass any divisions. We both made a commitment for dialogue & peaceful resolution to outstanding issues,” he wrote.

The meeting took place on the sidelines of a meeting of the Intergovernmental Authority on Development (IGAD), a seven-country regional body.

Burhan said the IGAD meeting gave them an opportunity “to take stock of the response” to challenges in the region, but he did not elaborate.

“We are happy to convene in a very short time to discuss matters of great importance,” he said.

Sudan’s ruling sovereign council said only that there had been a “closed-door meeting” between Burhan and Abiy.

IGAD and the African Union (AU) voiced alarm last week over the escalating tensions between Ethiopia and Sudan following the incident in the disputed Al-Fashaqa border area.

Khartoum said the Ethiopian army had executed seven Sudanese soldiers and a civilian in a clash on June 22 in Al-Fashaqa, and announced it was recalling its ambassador.

But Addis Ababa claimed that Sudanese forces had crossed into Ethiopian territory and that the casualties resulted from a skirmish with a local militia, denying its soldiers were in the area at the time.

Al-Fashaqa is a fertile strip of land that has long been a source of friction between Addis Ababa and Khartoum.

The region, which lies close to Ethiopia’s war-torn northern region of Tigray, has long been cultivated by Ethiopian farmers but is claimed by Sudan.

The dispute has sparked sporadic clashes between the two sides, some fatal.

The rift also feeds into wider tensions over land and water between the neighbours, particularly stoked by Ethiopia’s mega-dam on the Blue Nile.

Sudan and Egypt, both downstream countries, have been opposed to the Great Ethiopian Renaissance Dam and pushed for an agreement on the filling of its reservoir and the dam’s operations.

Tensions were heightened after fighting erupted in Tigray in November 2020, sending tens of thousands of refugees fleeing into Sudan.

Burhan was in Kenya a day after announcing that the army, which seized power in a coup in October last year, would make way for civilian rule.

Sudan’s main civilian bloc, the Forces for Freedom and Change, on Tuesday rejected the proposal with protesters again defying security forces and hold firm on their makeshift barricades on the streets of Khartoum.

IGAD, along with the United Nations and the AU has been pressing for talks between the army and civilians.

Tuesday’s IGAD meeting was to discuss peace and security in the region as well as the drought ravaging the Horn of Africa and other natural disasters.

Four consecutive rainy seasons have failed in the Horn of Africa, with a fifth also expected to fare poorly, causing the worst drought in 40 years and a major hunger crisis spanning Kenya, Somalia and Ethiopia.

“The summit meeting sends a clear message to the region and international community that leadership is seized of the pressing matters in the region,” IGAD executive secretary Workneh Gebeyehu said.

Other leaders at the IGAD meeting included its host, Kenyan President Uhuru Kenyatta, and President Ismail Omar Guelleh of Djibouti where the organisation is based, as well as representatives of Somalia, South Sudan and Uganda.

“We urgently need to manage the drought before it becomes a problem multiplier,” Kenyatta said.

The leaders appealed for help from international donors, saying they had “noted with concern” the deteriorating humanitarian and health situation in the region.