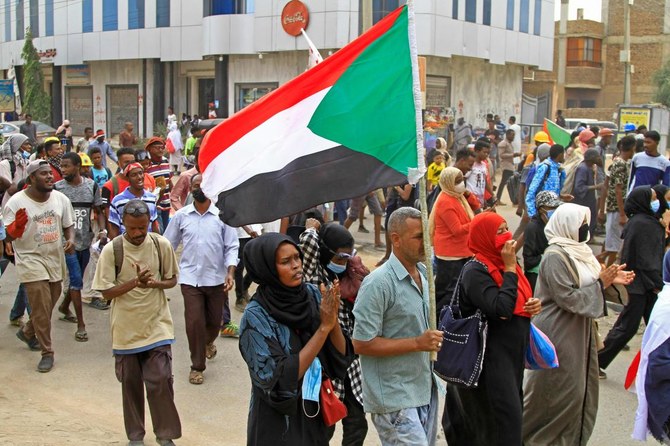 Thousands took to the streets Friday in Sudan’s capital, a day after nine people were killed in demonstrations against the country’s ruling generals.

The nation has been rocked by near-weekly protests since an Oct. 25 coup upended its transition to democracy.

The rallies on Thursdays were the largest seen in months. Sudanese military authorities have met the protests with a deadly crackdown, which has so far killed 113 people, including 18 children.

“God willing, this is the beginning of the downfall of the coup of ‘Burhan and Hemedti (deputy head of ruling council General Mohamed Hamdan Dagalo)’, and it will be the beginning of laying the foundations for a civil democratic state and the beginning of retribution for the martyrs and an end to impunity“, demonstrator Jaafar Khadersaid.

Sudan’s police accused protesters of wounding 96 police and 129 military officers, “some critically“, on Thursday, as well as damaging vehicles and starting fires.

The African Union, the U.N. political mission in Sudan, and the eight-nation east African regional Intergovernmental Authority in Development group, expressed “disappointment over the continued use of excessive force by security forces and lack of accountability for such actions, despite repeated commitments by authorities.”