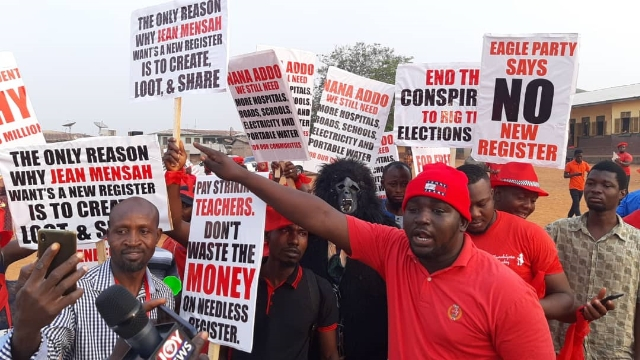 The Ghana Police Service has commended the demonstrators and police officers deployed for a successful outcome of day two of the Arise Ghana demonstration.

“We are grateful to the general public for their cooperation and understanding in the spite of the inconvenience the demonstration undoubtedly caused them.

“Whilst we continue to register our disappointment at the riotous conduct of the demonstrators on the first day, we commend them for their comportment today which, we hope would provide lessons for the future occasions to help deepen our democratic practices as country,” the police disclosed in a statement signed by Director Public Affairs, Grace Ansah-Akrofi. 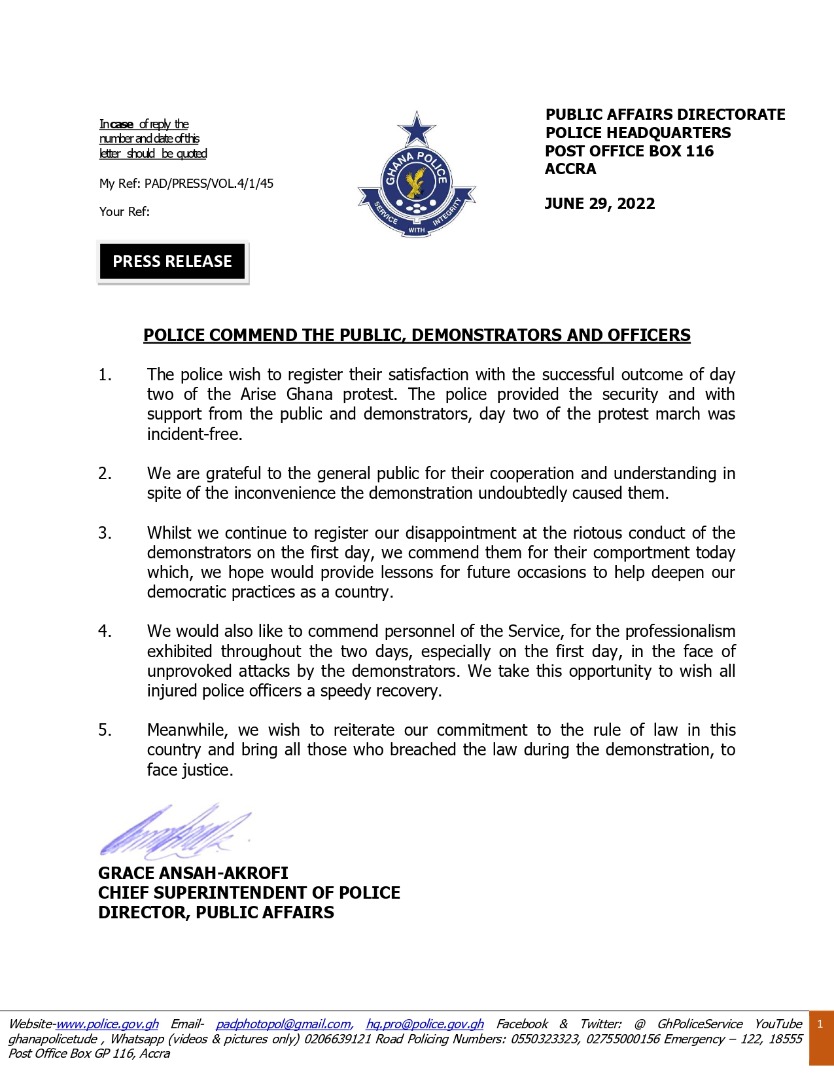 However, the Ghana Police Service has arrested twenty-nine people who allegedly took part in the attack on Police officers during the demonstration on Tuesday June 28, 2022.

A police statement further noted the organizers of the demonstration will be arrested and held responsible for the attacks on the Police.

Clashes erupted during the Krom Ay3 Hye demonstration in Accra as protestors pelted stones at Police prompting the firing of tear gas.

In an earlier statement, the Police stated that 12 of its officers sustained injuries after protestors pelted stones at them.

The PNC in a statement dated June 29, 2022 disclosed that street protest as a form of demonstration is becoming outmoded in modern democracies.