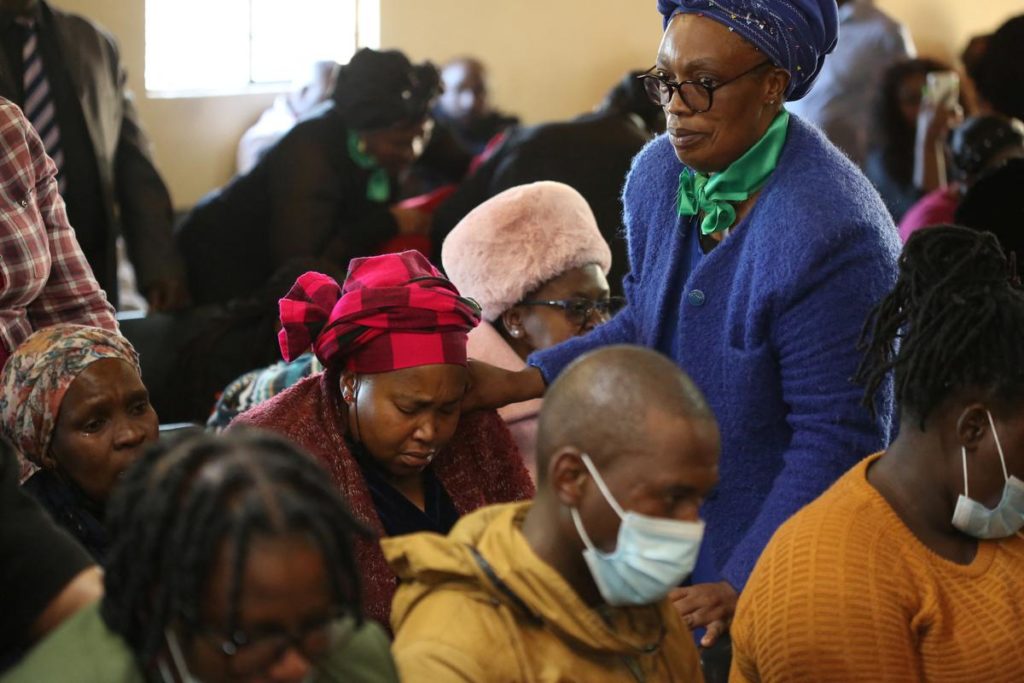 Police continue to comb a township tavern for evidence after the mysterious death of 21 teenagers after a night out. Most of the victims, some as young as 13 years old, were found dead inside a popular bar in the southern city of East London. Some died later in hospital. With the victims bearing no visible signs of injury, and those admitted to hospital complaining of symptoms such as chest pains and backache there remains much speculation among local officials and politicians as to what caused the deaths

Family members of the 21 adolescents who died under mysterious circumstances in a bar in East London in South Africa gather alongside community leaders to hold a prayer session. One mother is overcome by emotion as she addresses the room, a priest and a representative from the department of special development also spoke at the service. The exact cause of death remains unconfirmed but some witnesses have reported a strong and suffocating smell which spread through the building on the night of the tragedy. Some of the 31 people who were admitted to hospital, complained of symptoms including backache, vomiting and tight chests.