Sudan’s wheat harvest at risk of going to waste 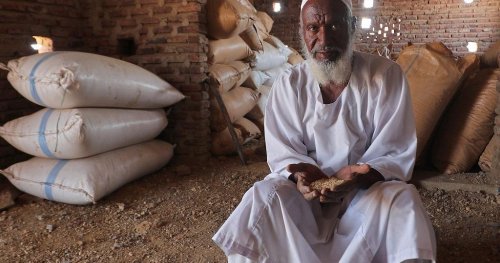 Sudan’s wheat harvest is at risk of going to waste after the country’s cash-strapped government backed out of promises to purchase it at favorable prices.

Farmer Modawi Ahmed is one of thousands who have cultivated the grain as part of Sudan’s largest agricultural scheme, named Al-Gezira.

“The agricultural bank wants us to pay for our loans in wheat, according to the encouraging price which was set at 43,000 (Sudanese pound, almost 88 euros, ed.). One (a farmer, ed.) must register with the bank the quantity they will supply, and the bank will determine the quantity it will take. After calculating the loans, the bank will determine how much each farmer should supply, in bags or kilos, over a certain period of time. And if there is a surplus, they will shelf it, according to what we heard”, said Ahmed.

According to the UN, over 18 million people, nearly half the Sudanese population, are expected to be pushed into extreme hunger by September.

“The negative consequences will start showing in the short-term. People will refrain from using fertilizers and pesticides, or they won’t be able to prepare or buy them. There will be a problem due to the depreciation of the Sudanese pound and the fact that farmers have no money”, said Abdellatif Albouni, a farmer and agricultural researcher.

According to a 2021 UN report, wheat from Russia and Ukraine make up between 70 to 80% of Sudan’s local market needs.

Last month, dozens of wheat farmers from Sudan’s Northern State staged a protest outside the agricultural bank after it refused to take their harvest.

“Given all these complications, if the Sudanese government does not understand the ramifications of these issues, there will be huge problems for the economy and the agricultural sector since farmers may refuse to cultivate wheat in the next season, which will complicate the situation more than it already is”, explained economist Mohamed al-Nayer.

This year, local wheat production was forecast to cover only a quarter of the country’s needs, according to the UN’s Food and Agriculture Organization (FAO).