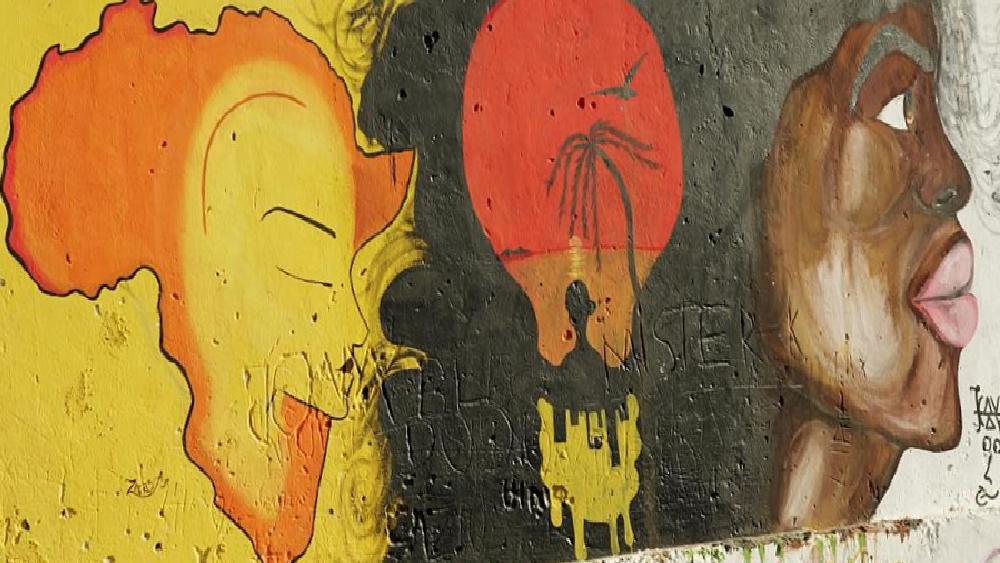 Mobilizing residents in the beach town and port of Moçamedes, Ema Samali da Silva, Vice-Governor of Namibe Province, has launched an urban renewal project that’s changing the face of the city. She’s turning old relics like movie theaters and an auditorium into cultural centers reborn. Street artists and painters are livening up and beautifying facades across the city. And it’s creating jobs, with the aim of creating more by encouraging more tourism and business activity.

Moçamedes in the Province of Namibe is a city committed to urban renewal and providing opportunity for young artists and creatives.

Through a partnership between the public sector, the private sector and civil society, Moçamedes is experiencing a true renaissance, characterized by vivid colors, a renewed sense of community and a celebration of the deep history of a city committed to the arts, architecture and cinema.

A gateway to the Namibe Desert in southwest Angola, Moçamedes is one of the country’s top fishing ports.

A dynamo behind the city’s reboot is Ema Samali da Silva, a Vice-Governor of Namibe Province.

“The initial phase of the program was a strategy that aimed to create an inclusive collective spirit in the city,” she says.

As part of transforming the face of Mocamedes, this architect by training is aiming to bring old relics to life, an auditorium that never opened. With construction interrupted by civil war, Samali da Silva plans to finally complete the project. It’s been waiting to welcome visitors since 1974.

She’s got support from Hildeberto Alfredo Madeira, whose father was among those who built it.

“I think we should do what its creators imagined and move forward,” he says. “To show, nationally and internationally, what this province is all about in the fields of art and culture.”

Our houses are being made beautiful, thank God. We’re really enjoying it, I’m very grateful.

Getting people involved, Samali da Silva is mobilising an army of painters to rejuvenate the facades of buildings and homes across the city.

“Our houses are being made beautiful, thank God,” says one resident. “We’re really enjoying it, I’m very grateful.”

One private-sector firm involved in the effort is Tokamak Teto Associados. Sometimes they have to win over hearts and minds.

“There’s always an initial shock for communities and residents when a team intervenes in their locality. But the most important thing is dialogue,” says partner Teixeira Caiado.”In fact, they’re just noticing that buildings and spaces are taking on a new appearance.”

Street artists like Johannes Silas and Paulo Daniel are also in on the action.

“Our goal is to make sure the province doesn’t stop, that it continues to be a beautiful province, making artists express themselves more and more, making these walls come to life and getting our culture stamped on every wall of this city,” says Paulo.

Beyond the art, this project also means jobs for local residents. A local business produces paints for it, in a wide range of colors.

“It can also help with unemployment because art is also a job,” says Daniel. “We can bring in people from the margins of society. Like this, the city gains artistically.”

The city and its beach culture, too. More color to brighten up the shelters from the sun along the seaside.