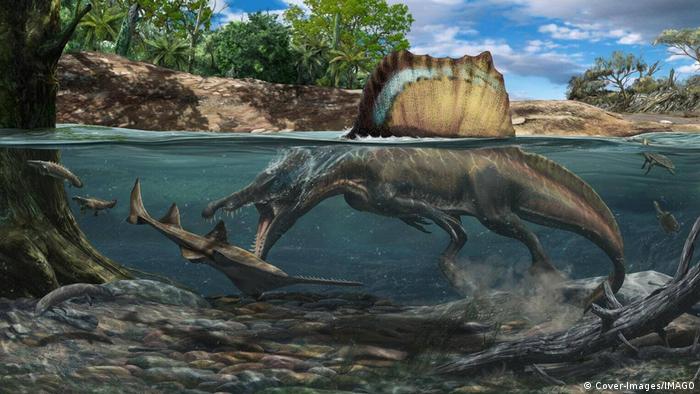 The Spinosaurus — or spine lizard — was larger than the infamous Tyrannosaurus rex. Few fossils of the mighty predatory remain, so this is a exciting find.

With its massive size, unusual scales and fearsome crocodile-like skull, the Spinosaurus has long been a dinosaur fan favorite — its appearance is so distinct that it was portrayed as even larger and more powerful than the ferocious Tyrannosaurus rex in the movie Jurassic Park III.

However, despite its popularity, scientists know little about the Spinosaurus. Its fossils have proven nearly impossible to find. To date, archaeologists have only uncovered seven such fossils — the most complete set was found in eastern Morocco.

So, researchers are ecstatic that new remains of the mighty dinosaur have been dug up on the southwest coast of the Isle of Wight, off the south coast of England.

In a study published in the journal PeerJ Life & Environment, the researchers say the fossils are around 125 million years old.

“It was a huge animal, more than 10 meters long, and judging by the dimensions, quite possibly the largest hunting dinosaur ever discovered in Europe,” said the team’s lead author, Chris Baker, of the University of Southampton.

Where did the Spinosaurus come from?

The researchers say the discovery supports a hypothesis that the Spinosaurus originally came from western Europe, where it split into several species before migrating further.

Groups of related Spinosauri have also been found in southern England, Brazil, Niger, Thailand and Laos.

When was the Spinosaurus first discovered?

Unfortunately, some of the fossils were severely damaged when they were transported from Egypt to the Deutsches Museum in Munich, and the remaining bones were lost in a 1944 air raid on the Alte Akademie museum in Dusseldorf. 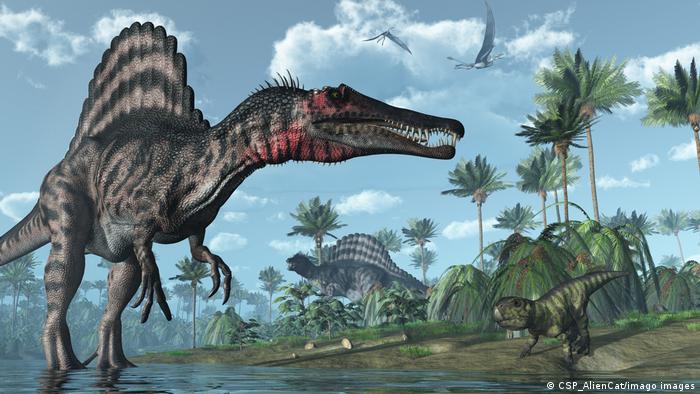 On land, spinosaurus may have walked on two legs

So, how big was Spinosaurus?

Since there are few other surviving specimens, scientists can only estimate the size and weight of an adult Spinosaurus.

Spinosaurus was possibly between 15 and 18 meters (49-59 ft) long and weighed between six and nine tons. Its skull alone possibly measured around 1.75 meters, making it one of the longest of any carnivorous dinosaur.

And how did Spinosaurus walk and hunt?

Some features, such as its paddle-like webbed feet and a fin-like tail, suggest that the Spinosaurus hunted fish in shallow water.

On land, the Spinosaurus may have walked on two legs. With its long neck and trunk, the dinosaur probably had a very forward-leaning center of gravity.

The fossils found on the Isle of Wight — which include pelvic bones and vertebrae — show that after death, a number of scavengers probably attacked the two-legged Spinosaurus.

The researchers now want to examine thin layers of the fossils under a microscope to precisely calculate the age and other information about the dinosaur’s growth.