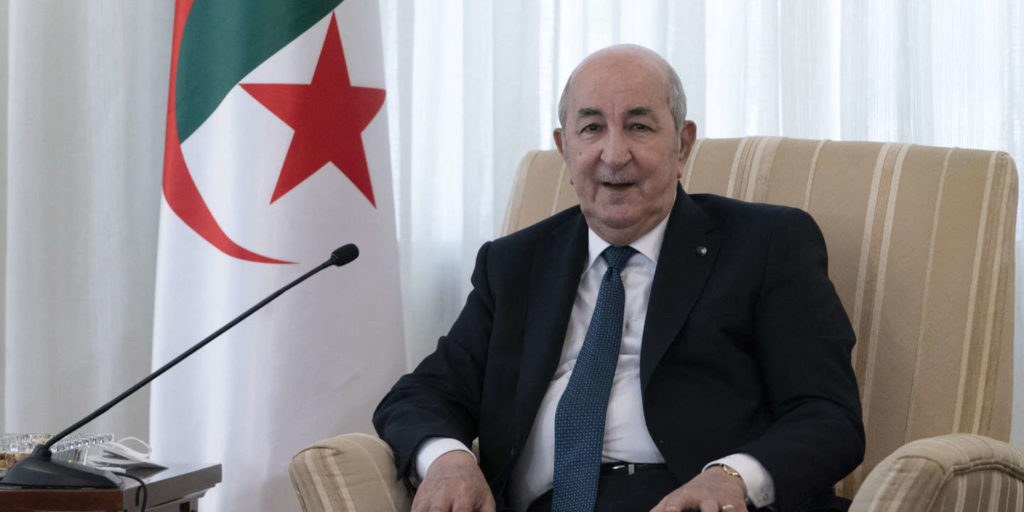 Algeria's President Abdelmadjid Tebboune, speaks during the start of his meeting with US Secretary of State Antony Blinken, on March 30, 2022, at El-Mouradia Palace, the president's official residence in the capital Algiers. - Washington's top diplomat arrived in Algeria, a Russian ally and major gas producer that has faced calls to boost exports to Europe after prices soared following Moscow's invasion of Ukraine. Blinken touched down at Boumediene Airport and headed to meet Foreign Minister Ramtane Lamamra on his first visit as US Secretary of State to the North African country. (Photo by Jacquelyn Martin / POOL / AFP)
Share
Facebook Twitter LinkedIn Pinterest Email

Algeria suspended Wednesday a “treaty of friendship […] and cooperation” concluded in 2002 with Spain.

It is at the end of a meeting of the Algerian High Security Council chaired by President Tebboune, that the announcement was made.

Spain regretted Algiers’ decision, adding it “considers Algeria a friend” and remained open “to develop the special relationship of cooperation between the two countries“.

The treaty provided for the strengthening of political dialogue between Spain and Algeria and the development of cooperation in fields like economy, & education.

The move comes after Madrid altered its long-standing position on Western Sahara, a former Spanish colony, to back Morocco’s autonomy project for Western Sahara. Algerians called it a “violation of [Spain’s] legal, moral and political obligations“.

The vast desert area bordering the Atlantic and Mauritania is claimed by Rabat and Western Sahara. Western Sahara clings to a self-determination referendum that was provided by the 1991 ceasefire agreement reached under the mediation of the UN in order to settle the dispute. However, Morocco suggests autonomy under its sovereignty.