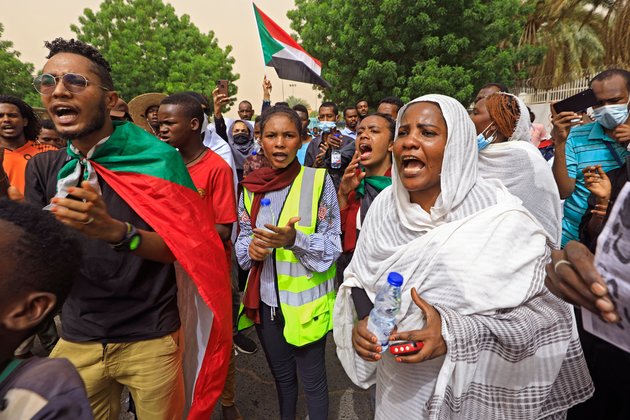 Demonstrators in the eastern and southern neighborhoods of the city blocked main roads, determined to voice their opposition.

The fresh rally also came ahead of the anniversary of the 2019 deadly sit-in.

“We demand and appeal to all civil society and human rights organizations to demand the human and civil rights of minors who are arrested and to demand the rights of detainees who are exposed to violence while they are in prison, and we will continue to go down the streets until the fall of the regime.”

The fall of another regime is precisely what at least 128 protesters demanded three years ago. They were killed during a June 2019 anti-government demonstration.

In August, the newly appointed PM Abdalla Hamdok set up a 7-member committee to probe the violence. The investigation has stalled since and was made even more complicated, following the ouster of the civilian part of the transitional government.