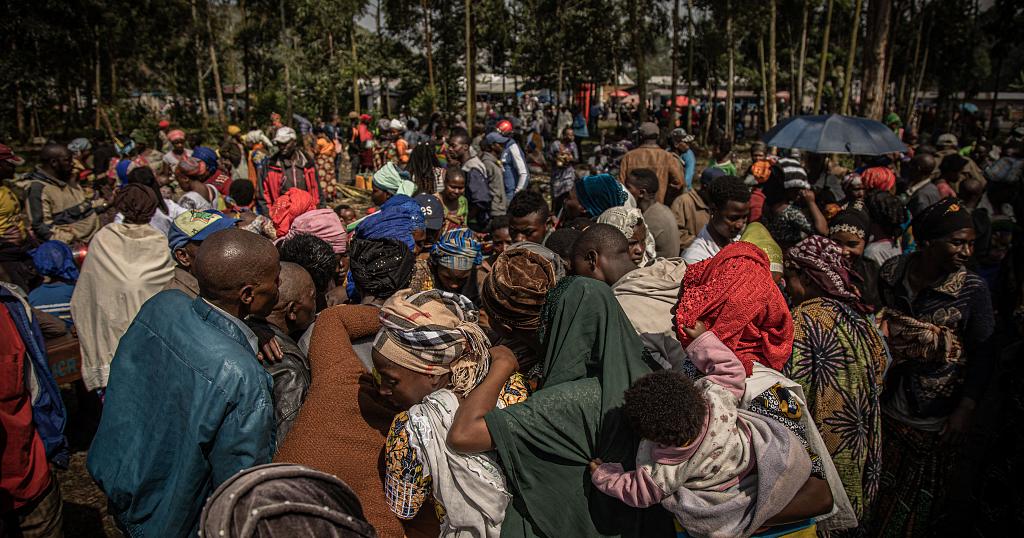 Calm gradually returns to Kibumba, a town 20 km north of the city of Goma in the east of the Democratic Republic of Congo, after a week of intense fighting between the Congolese army and M23 rebels.

The latter are said to be supported by the Rwandan army, according to Congolese authorities

“I fled and spent four days in a camp for displaced people near Goma, but when I returned my house was already looted. Rwandan soldiers came with trucks and looted several houses including mine,” a local said.

According to the UN, in eight days of fighting, more than 72,000 people fled their homes in the territory of Nyiragongo and the neighboring territory of Rutshuru. The refugees are now staring at an acute hunger due to overcrowding and lack of donor funds.

“I just left the IDP camp because of my family. I fled the war in Kibumba but when I arrived in the camp, it was famine that is close to killing me now. The children have started to get diarrhea, they have nothing to eat. We haven’t received any food aid, that’s why we decided to return,” said another IDP.

Many displaced people are still crowded into schoolyards in the area. They are afraid to go home, but some of them finally do.

The Congolese army was deployed after pushing back the rebels. On the RN2 that links Goma to the “great north” of the province, soldiers are present in large numbers, patrolling on foot and in vehicles.