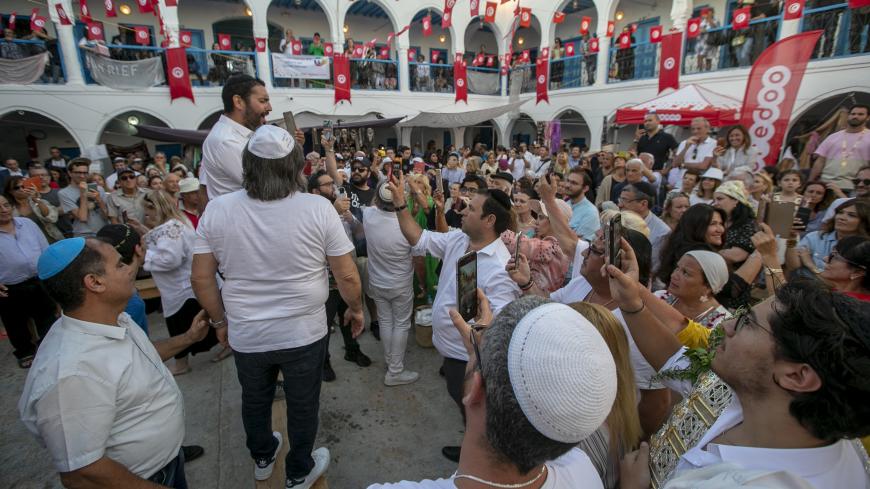 The Ghriba Synagogue on the Tunisian island of Djerba is hosting the annual Jewish pilgrimage for the first time after a two-year break. Around 5,000 pilgrims are expected to attend.

South of Tunis, the city of Djerba is famous for its traditional blue front doors. The Ghriba Synagogue on the Tunisian island is hosting starting from Wednesday, the annual Jewish pilgrimage. It is a first time after a two-year hiatus.

Local Jews and pilgrims of Tunisian Jewish descent living in France or Spain will gather in the synanague.

“When you’re here, you feel seized by an extraordinary emotion, you feel a lot of things when you’re inside. It’s small but grandiose at the same time, Alain Slama, a retiree and member of the Tunisian Jewish community living in France notes.  As a family head, it’s good to bring everyone and say a few little prayers, blessing the children, wishing them good health — that’s all we ask for. ”

Since the 2002 terror attack, police is stationed in the city to ensure safety. Security was reinforced for the religious event since government officials and around 5,000 pilgrims are expected to attend, according to local media reports.

The Ghrbiba synagogue is North-Africa’s oldest Jewish monument. Oral traditions say the community first arrived in Tunisia after the destruction by the Babylonians of the temple in Jerusalem which approximately dates back to 586 BC.