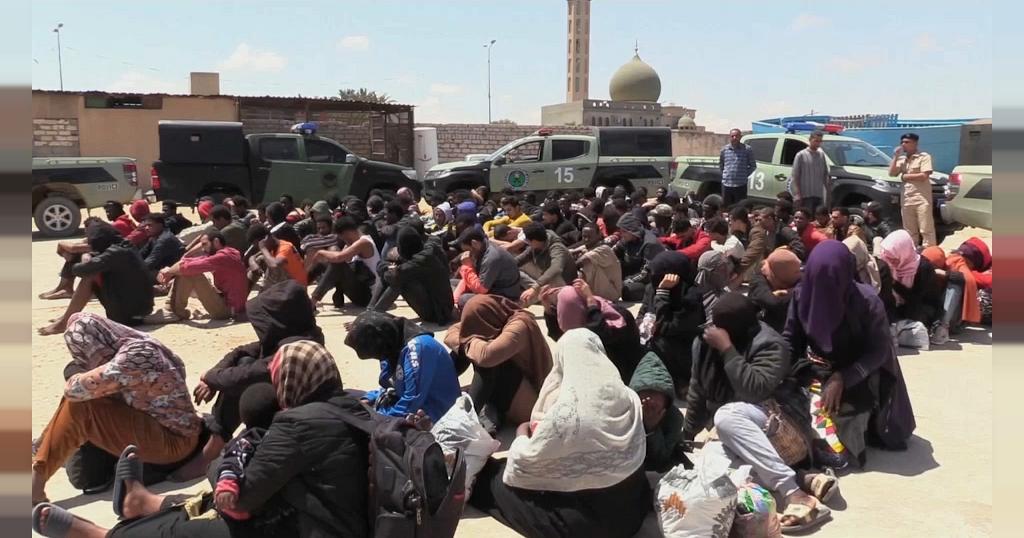 Libyan security forces in the country’s western region said they have detained at least 300 migrants in the last week and 3,000 in the past three months.

The arrests come as attempted sea crossings from Libya to Europe are expected to increase in the summer months and as the country faces growing political uncertainty.

Colonel Ashraf Issa, commander of the Surman Directorate’s Support Force, a local security body, said his force had arrested 300 in the dawn raids targeting smuggling operations on May 10 in the towns of Surman and Sabratha.

He said that at least 3,000 migrants had been arrested in the past three months, as part of a wider operation.

Libya has in recent years emerged as a popular, if extremely dangerous, route toward Europe for those fleeing poverty and conflict in Africa and the Middle East.

The country has been without a functioning government and fragmented for years between rival administrations in the east and west, each backed by armed groups and foreign states.

Most recently, it has been divided by two rival governments who both claim Tripoli as their rightful seat.

They pack desperate migrants into ill-equipped rubber boats, then embark on risky voyages across the Mediterranean Sea.

Many of those who have been intercepted and returned to Libya — including women and children — are held in government-run detention centers where they suffer from abuse, including torture, rape and extortion, according to rights groups.

Earlier this month, the London-based watchdog Amnesty International issued a report documenting abuses against migrants by a state-funded security agency in western Libya.