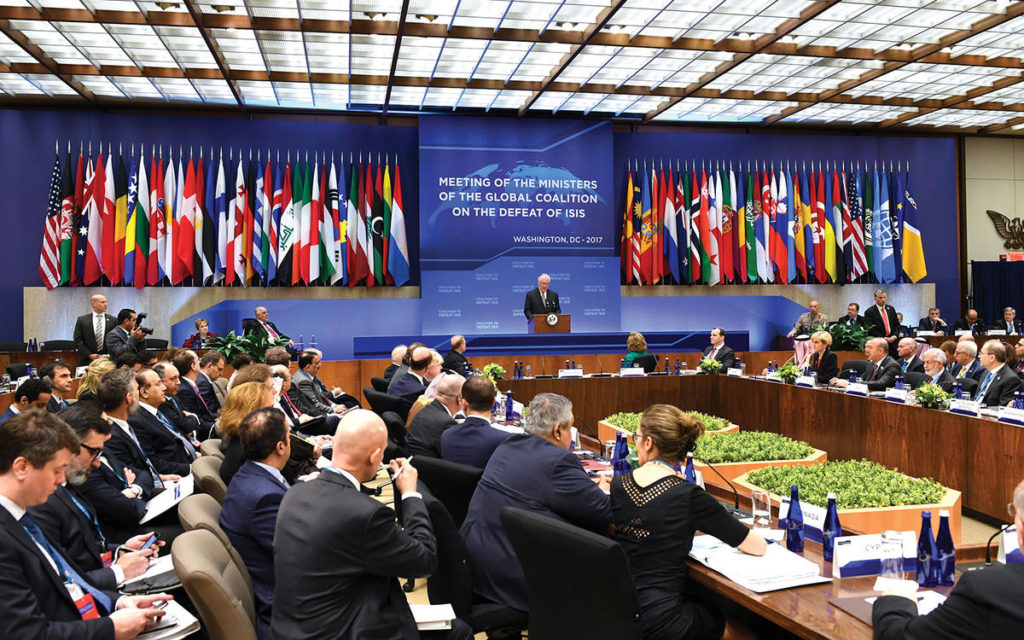 The Global coalition to defeat the Islamic State of Iraq and Syria (ISIS) vowed to pursue their fight against jihadist groups in Africa and in the Middle East. The meeting brought together over 60 partners and was held in Marrakesh on Wednesday.

“Our shared assessment of the dangerous rise of terrorist threat in Africa has led to the emergence of a tailored approach of the coalition’s support to the African continent. This approach is embodied by the Africa Focus Group, co-led by the United States, Italy, Niger and Morocco.”, said Nasser Bourita, the Moroccan Minister of Foreign Affairs co-chairing the meeting with U.S. Under Secretary for Political Affairs Victoria Nuland. “The United States is committed to working with our partners in West Africa to confront the challenges that have allowed this group to flourish. Among them, the lack of state legitimacy, persistent rights violations, and food insecurity.” followed the U.S. top diplomat.

The coaliation was created in 2014 and gathers 84 states and international organizations.

Based on figures from the US bureau of Counterterrorism, it revealed in the Sahel region, the number of terrorist attacks had increased by 43% between 2018 and 2021.

The United States said it wants to spend nearly $120 million in new aid to sub-Saharan Africa to “impede, arrest, prosecute and convict terrorists”.