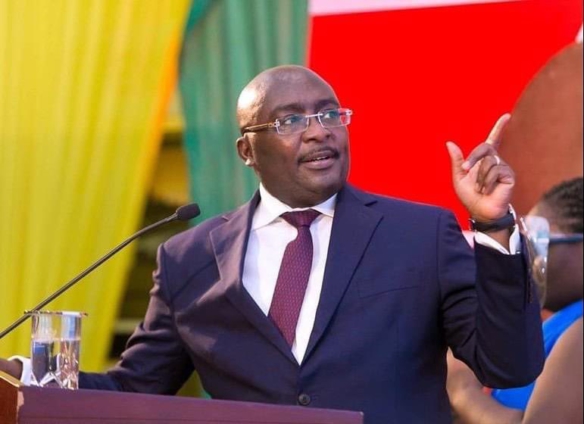 A regional survey by the Global Info Analytic has stated Vice President Mahamudu Bawumia will lose in his home region of North East if elections were conducted today.

The new poll dated 27th April 2022 seen by AMN News had former President John Mahama beating the sitting Vice President Bawumia by 18% in his own backyard.

However, the poll also recorded the former President Mahama polling 50% and the Trade and Industry Minister Alan Kyeremanten bagging 30%.

“Fort the Alan Kyeremanten v John Mahama race, which the headline polls suggest John Mahama leading with 50% of the votes compared with 37% for Alan, Alan leads Ashanti region by double digit, 45% to 31% but still loses Eastern region 33% to John Mahama 37%.”

Attached is portion of the poll released by Global Info Analytics 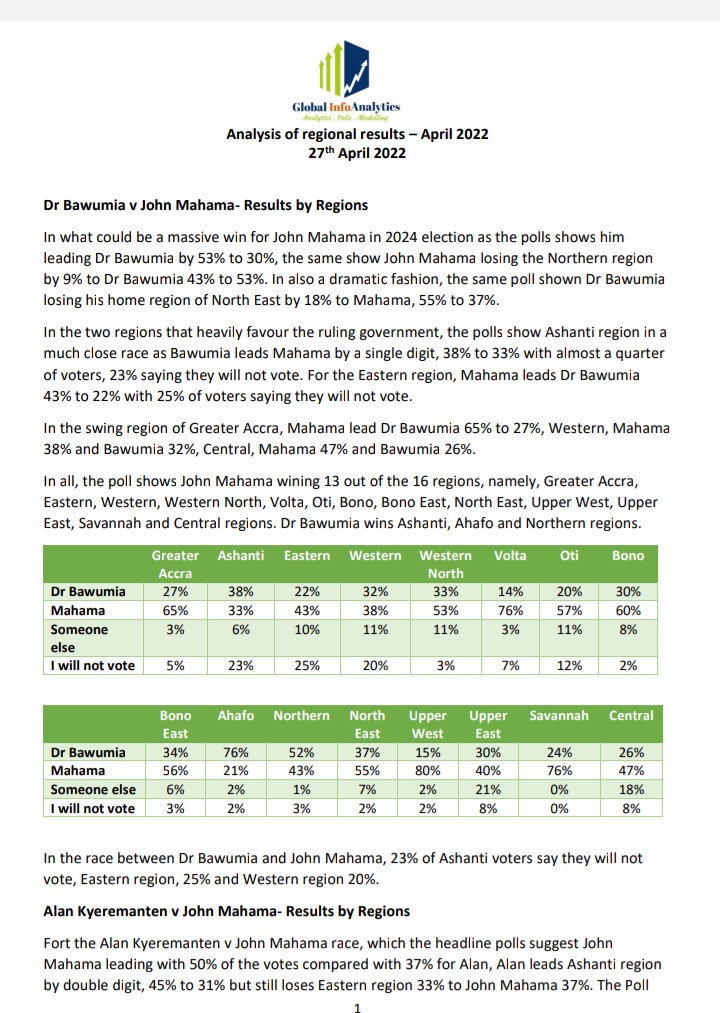