We are on the verge of winning the league, but have not won it yet – Chairman Kwaku Amponsah “K5” 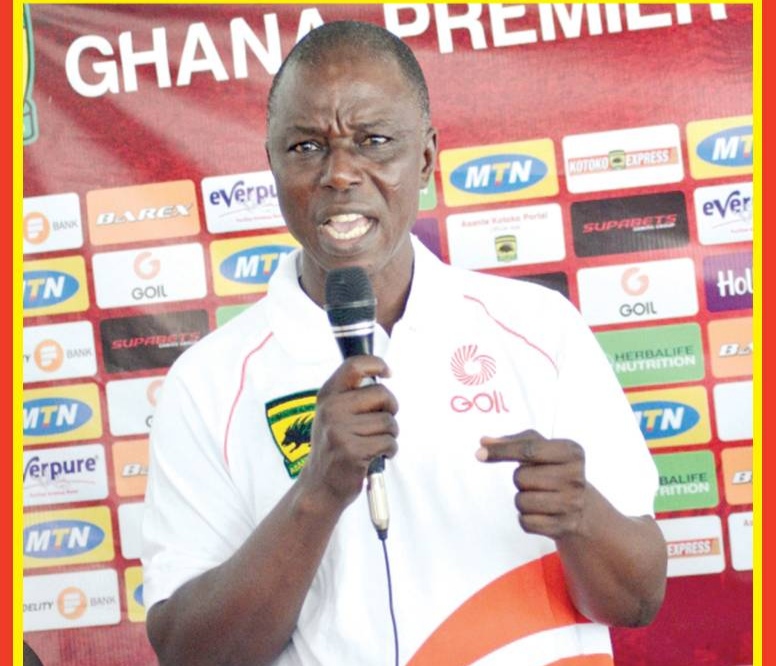 Mr. Kwaku Amponsah has refused to accept that the “run-away” league leaders, has won the league despite the points gap on the league table.

Kuamsi Asante Kotoko is currently leading the GPL 2021/22 season table with 30 points, a 10 points above second place Bechem United and 14 points between bitter rivals Accra Hearts of Oak as at week 18 but “Chairman K5” do not see his side as champions.

“No, it’s not true we have won it, we have about sixteen more games to play and if you multiply the sixteen by three points, its more the points gap between Kotoko and other clubs”

The porcupine warriors would battle away from home with Bechem United in their week 19 at Nana Fosu Gyeabour park.

“We’re going to Bechem to fight for the three points there, every match is a final game for us”.

“This year’s league is more competitive as to compare to last season, every team is playing very well and trying to get good results in their matches”.

“I would plead with my fellow supporters, I know how you love our club, we always want boys to win for us and they’re winning, not just winning, the boys are playing very beautiful ball, so I will entreat all Kotoko Supporters to come to stadium in their numbers to cheer up our players”.

“We are on the verge of winning the league but have not won it yet”.