Hezbollah Is Using More Drones, Does Focusing on It Serve Israel? 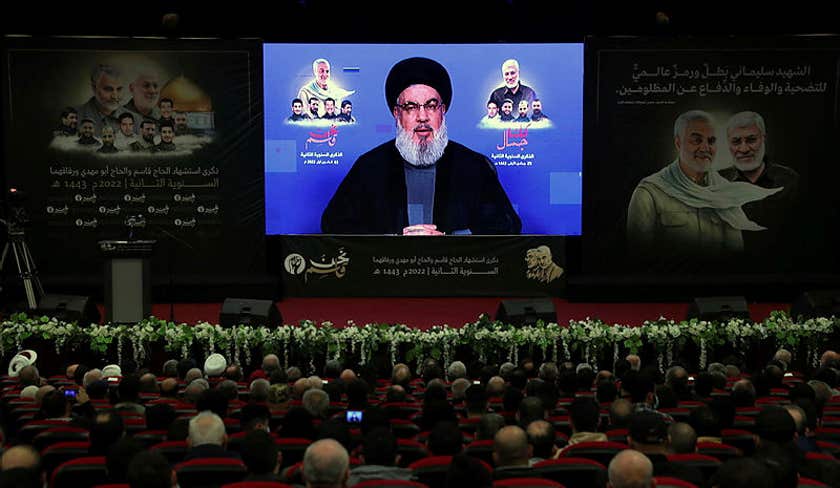 The tiny aircraft that hovered over Israel on Thursday surprised the military, seeming like a message from Hezbollah. But Israel’s aerial dominance over Lebanon is clear, at least for now.

Following deliberation, the Israel Defense Forces came up with the proper nomenclature for the flying object that crossed into Israel from Lebanon at noon Friday and floated in the sky unhindered for many minutes on end. UAV? A bit grand for a craft flown by Israeli teenagers on weekends. Drone? A bit too small. Eventually, the military decided to announce the incursion of a radio-operated aircraft, which evaded interception and returned home safe to its operators, Hezbollah operatives in southern Lebanon. The Shi’ite organization accepted responsibility for operating the aircraft, but published no footage collected from its journey. This may indicate technical difficulties – or the organization may be waiting for the proper propaganda timing, as part of its ongoing psychological warfare against Israel.

The title “radio-operated aircraft” (“tisan” in Hebrew) places the incident in proper proportion. When Hezbollah first invaded Israeli airspace – in 2003, 2005, and again in 2012 – much heavier drones were used, with higher potential to cause damage. This time, it was apparently a tiny aircraft, difficult to detect and shoot down in flight. On the other hand, one may ponder Israel’s response. The successful infiltration of the radio-operated aircraft into Israeli airspace caught the IDF by surprise, apparently due to lack of prior intelligence warning. Therefore, alarms went off in the north of the country, causing anxiety among citizens. Later, it was announced that Israeli Air Force craft were spotted flying low over Beirut.

A month ago Haaretz reported an increase of Hezbollah drone incursions along Israel’s northern border, either for intel gathering or provocation against Israel. Last Thursday one drone was shot down. The launch of the radio-operated aircraft on Friday seems like a message from Hezbollah: Even if the IDF sometimes manages to shoot down our aircraft – call them UAV, drones, or RAO – we can keep sending them into the Galilee at will. If Israel believes it is free to violate Lebanese sovereignty with UAV and fighter jets, Hezbollah will do the same south of the border.

The following question remains to be answered by the political echelon and the IDF: Does the extensive attention paid to drones and similar aircraft serve Israel’s interests? Employing sirens, let alone fly-bys to scare the Lebanese, creates a sort of new equation for the deployment of aerial force between Israel and Hezbollah. In practice, there is no real room for comparison. Israel is immeasurably stronger than Hezbollah in the air. Israel’s aerial dominance over Lebanon is clear and long-standing. Hezbollah’s drone incursions are not tantamount in threat, or in the quality of power they project.

On the other hand, Israel has a long-term problem brewing, one it does not discuss publicly. Hezbollah has been engaged in recent years in an Iranian-aided, constant process of upgrading its aerial defense. The same can be said for the Syrian regime, though with Russian aid. The acquisition of advanced aerial defense systems poses a challenge to the IAF and requires more careful planning of its flight schedule to carry out its designated tasks on the northern front. Even so, Israel refrains almost entirely from aerial attacks on Lebanese territory. It happens in very exceptional circumstances, such as in response to last year’s rocket fire or the rare bombing of the Shi’ite-populated Dahieh quarter of south Beirut, in August of 2019. This attack, according to reports, succeeded in destroying a vital component in Hezbollah’s “precision project,” meant to improve the accuracy of its arsenal of rockets and missiles.

As far as anyone knows, Iran is not involved in the recent incident in Lebanon. Nor can conclusions be drawn as to the general situation in the country. Only last week it was reported that Hezbollah is supporting the American-mediated agreement taking shape between Israel and Lebanon regarding gas exploration rights in the disputed area in the Mediterranean. The economic situation in Lebanon is so dire that Hezbollah dare not appear to be obstructing any possible financial salvation.

This state of affairs does not guarantee the complete muzzling of the Shi’ite organization beginning an armed confrontation with Israel. But so long as Lebanon’s economy is in such dire straits, it appears Hezbollah is refraining from direct clashes with the IDF.