With French troops poised to withdraw, Mali will have free rein to negotiate with jihadists 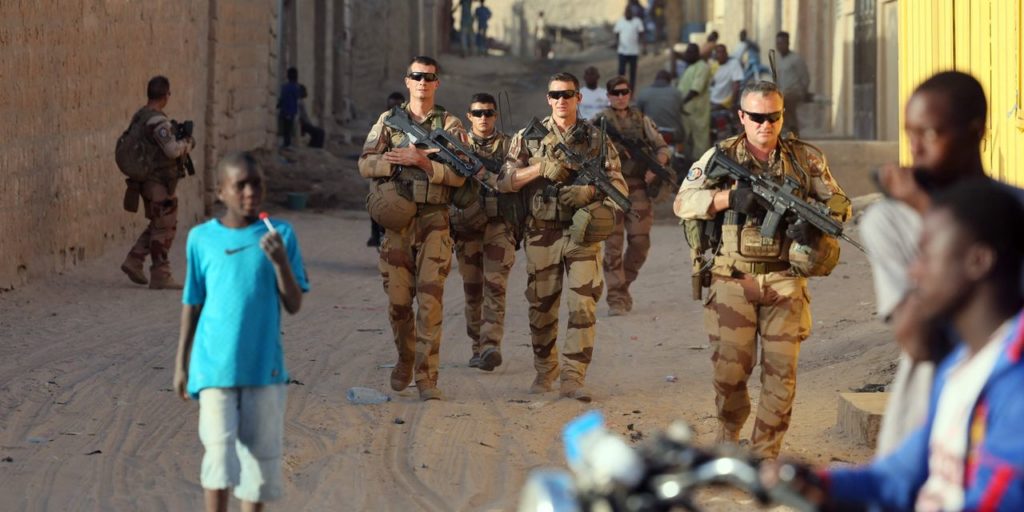 With France expected to announce the withdrawal of troops from Mali on Thursday, Mali’s transitional government will have a free hand to negotiate directly with jihadist groups affiliated with al Qaeda, a move strongly opposed by Paris.

After a French-led military intervention ousted jihadists who were taking control of northern Mali in 2013, French troops remained to provide support for anti-terrorist operations. But deteriorating relations with Mali’s new military leaders, who seized power in a 2020 coup, have prompted France to reconsider its role in the country.

At the heart of the rift between France and authorities in Bamako is whether Mali should enter into negotiations with the jihadist groups that continue to rampage across the north and centre of the country. Bamako is in favor of opening discussions while Paris sees negotiations with jihadists as a red line that must not be crossed.

“We cannot carry out joint operations with powers that decide to negotiate with groups that, at the same time, shoot at our children. No dialogue and no compromise,” said French President Emmanuel Macron when announcing the restructuring of France’s mission in Mali, Operation Barkhane, last June.

France’s withdrawal looks set to open a new chapter in Mali’s negotiations with jihadists, and some analysts consider these talks inevitable.

“At present, there is an alignment of interests between the junta, the jihadists and the Russians, who all want the French to leave,” noted Wassim Nasr, FRANCE 24’s specialist on jihadist movements. Nasr went to a peace conference in Nouakchott, Mauritania, last week that was attended by several senior Malian officials, including  Minister of National Reconciliation Colonel Ismaël Wagué, Minister of Religious Affairs and Worship Mahamadou Koné and influential Imam Mahmoud Dicko.

“Everything leads us to believe that contacts have been established in the corridors of this conference with a view to advancing negotiations,” said Nasr.

Macron’s expected announcement that France will be ending its nine-year mission in Mali will coincide with a European Union-African Union summit in Brussels on Thursday and Friday.

The idea of engaging in dialogue with jihadist groups is far from new. “Talking with jihadists and fighting terrorism is not contradictory,” Mali’s former president Ibrahim Boubacar Keïta told FRANCE 24 in a February 2020 interview. “I have a duty and a mission today to create all possible spaces and to do everything possible so that, by one means or another, some kind of appeasement can be achieved. It’s time certain avenues were explored.”

Mali’s 2017 National Conference of Understanding suggested that talks be held with jihadist leaders Amadou Koufa and Iyad Ag Ghali. Koufa leads the Katiba Macina group while Ghali heads the al Qaeda-affiliated Group for the Support of Islam and Muslims (GSIM).

The current Malian military junta is following in the footsteps of its predecessors in the belief that arms alone are not enough to stop the spiral of jihadist violence. At the end of October a number of local media announced the opening of negotiations under the aegis of the High Islamic Council, mandated by the government in Bamako. But the government eventually denied any negotiations had been launched.

“The Malian government has always continued to negotiate secretly with the GSIM, if only to set up local agreements,” explained Nasr.

In March 2021, an inter-community agreement made headlines in the commune of Niono in central Mali. In exchange for forcing women to wear veils and being allowed to preach in the villages, the jihadists agreed to release prisoners and allow armed soldiers to patrol.

Attesting to the fragility of this type of agreement, the ceasefire broke down over the summer. Last week a large convoy of Malian soldiers was deployed to secure the area and bring humanitarian aid to the population.

‘Last card to play’ for the junta

The ruling junta, which controls barely a third of Mali’s territory, is under strong international pressure and burdened with crippling ECOWAS sanctions. Its primary objective would be to obtain a truce with the jihadists.

The prospect of a ceasefire was already accepted in April 2020 by the local branch of al Qaeda under the impetus of Imam Dicko, who was the former president of the Malian High Islamic Council.

“Negotiations were the last affront for France and, in the current context, it is the junta’s last card to play,” said Nasr.

“But even if the negotiations ultimately fail, a ceasefire would allow the junta to boast that it has facilitated the return of displaced populations or that it has enabled a particular village to stop being encircled by the jihadists – and that is what counts for the local people.”